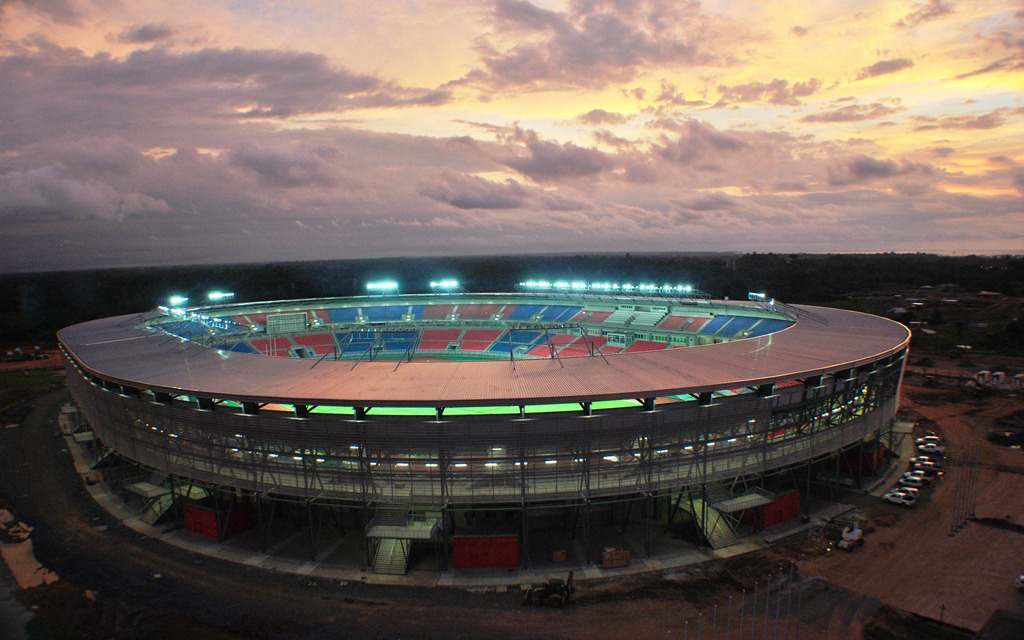 Estadio de Bata is the largest stadium of Equatorial Guinea.

The stadium was originally built in 2007, but extensively renovated in 2011 for the 2012 Africa Cup of Nations. The first match at the reopened stadium, on the 6th of January 2012, was a friendly between the national teams of Equatorial Guinea and South Africa.

As a result of the works capacity increased with 13,000 seats, a roof was added, and the interior as well as exterior upgraded.

At the 2012 Africa Cup of Nations the stadium hosted 6 group matches, a quarter-final, and the semi-final between Zambia and Ghana (1-0).

How to get Estadio de Bata

Estadio de Bata is located in the city of Bata, which is the largest city of Equatorial Guinea. The stadium lies on the outskirts of the city at about 7 kilometres south-east of the centre of the city.