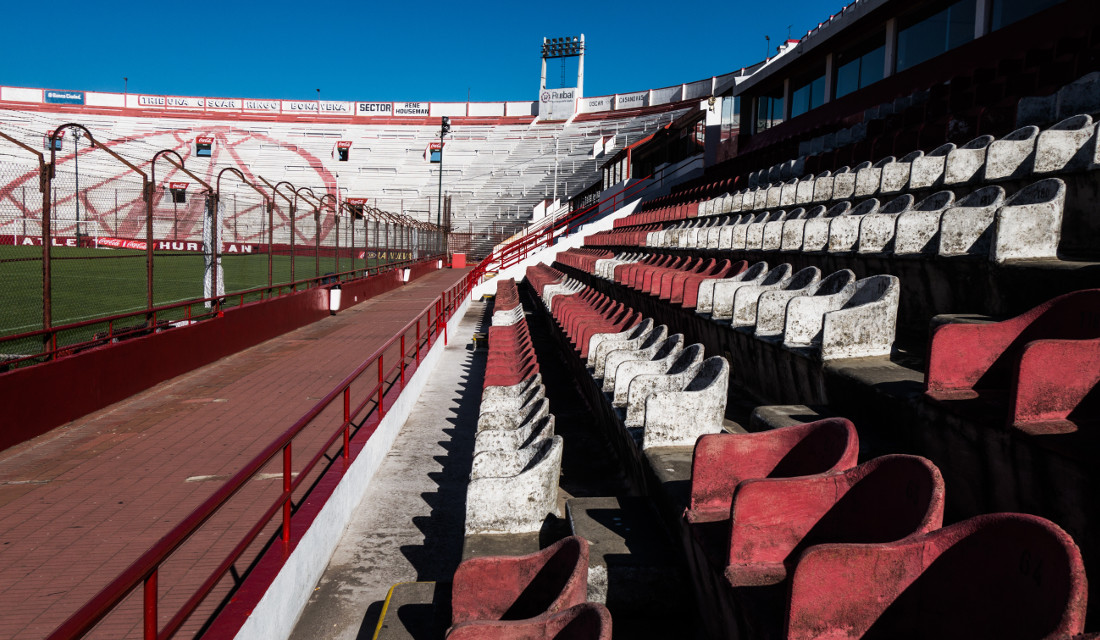 Estadio Tomás Adolfo Ducó got built in the early 1940s after Huracán had purchased the site of the new stadium in 1939 and laid the first stone in 1941.

The first match at the still unfinished Estadio Tomas A. Duco was played between Huracán and Boca Juniors (4-3) on 7 September 1947.

Works were finally completed two years later and the stadium officially opened on 11 November 1949 with a friendly between Huracan and Peñarol (4-1).

Estadio Tomas A. Duco has hardly changed since apart from some small improvements made in 1977. It was declared a protected heritage site in 2007.

How to get to Estadio Tomas A. Duco

Estadio Tomas A. Duco is located in the Parque Patricios area in the south of the city of Buenos Aires (Capital Federal). It lies about 5 kilometres from Buenos Aires’ city centre (microcentro), a little less from the San Telmo area, and a little more from the Palermo and Recoleta areas situated in the north of the city.

The stadium can be reached with metro (subte) line H. Station Caseros lies a short 10-minute walk from the stadium. Line H connects with line A and E a little further north, which in turn connect with microcentro.

Tickets for Huracan games are sold at the club office at Av. Caseros 3159 in the Parque Patricios neighbourhood not too far away from Estadio Tomas A. Duco.

Tickets are usually sold within a small timeframe one or two days before the match.

Photos of Estadio Tomas A. Duco