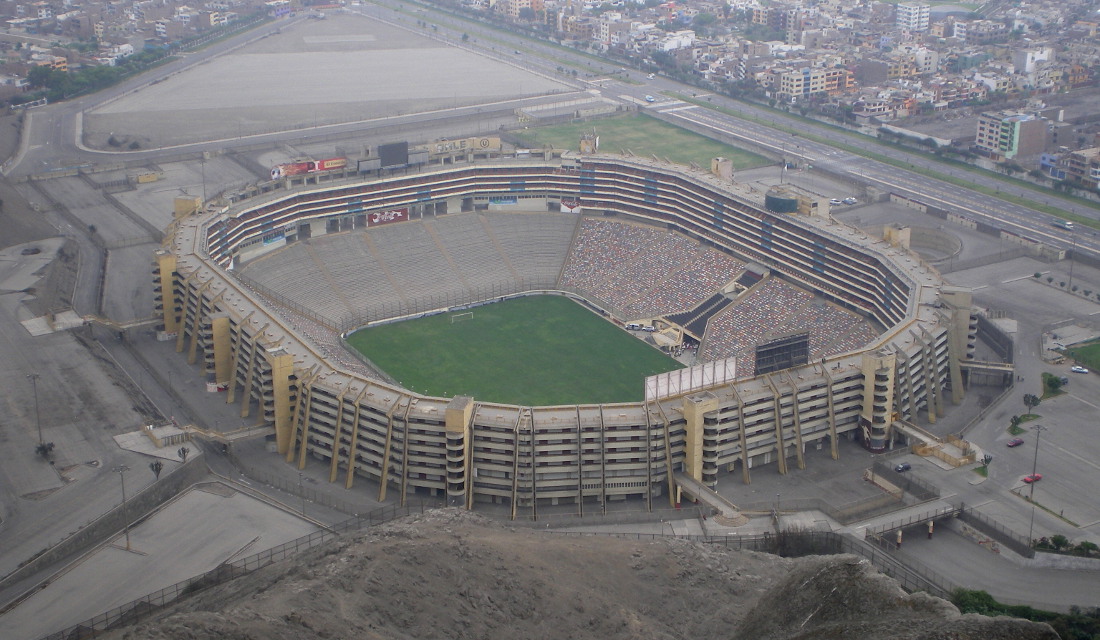 Estadio Monumental “U” got built to provide Club Universitario with a larger and more modern home. It officially opened on the 2nd of July 2000 with a match between Universitario and Sporting Cristal.

Estadio Monumental U has regularly hosted matches of the Peruvian national team, however not since the redevelopment of Estadio Nacional was completed in 2011.

In 2019, the stadium was the host of the first Copa Libertadores single match final, won by Flamengo vs River Plate (2-1).

How to get to Estadio Monumental U

Estadio Monumental “U” is located on the western edge of the city of Lima at about 13 kilometres from Lima’s historic centre and 15 kilometres from the more upscale Miraflores area.

There is no easy transport connection to the stadium, so either take a taxi or inquire locally about buses that can get you to the stadium (though expect to have to change once or twice).

Tickets for Universitario matches can be bought online through Teleticket, via the Teleticket sales outlets at the Wong and Metro stores, of which there are various in the Miraflores and San Isidro areas.

Tickets can also be bought at the ticket windows of Estadio Monumental U before the start of the match.

Photos of Estadio Monumental U