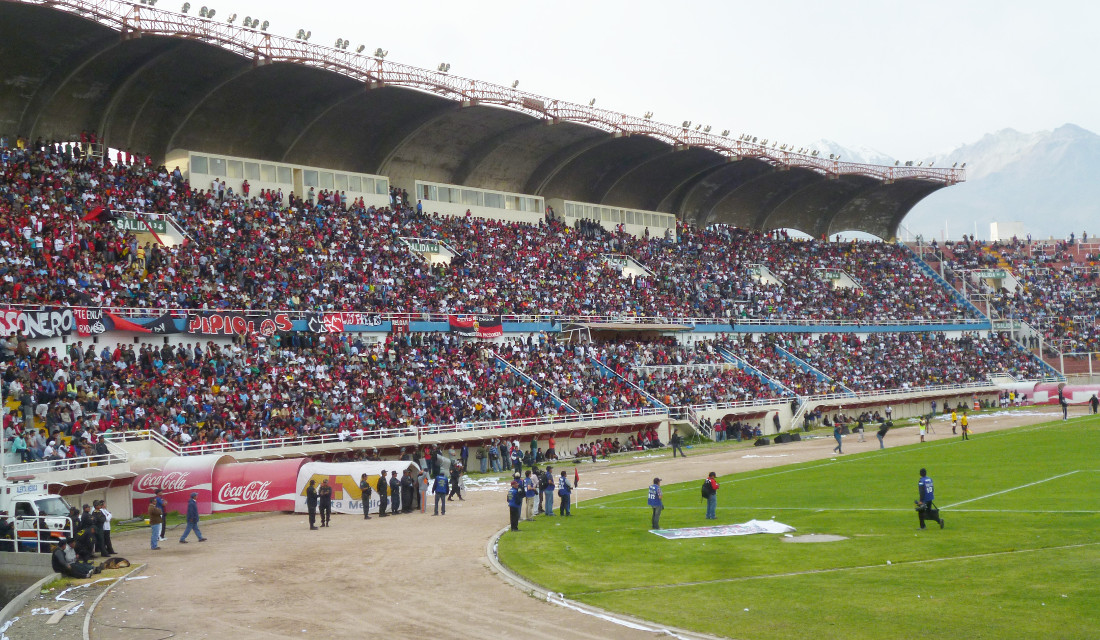 Estadio Monumental de la UNSA, also known as Estadio Virgen del Chapi, was built in the early 1990s by UNSA University. Funds were raised through the sales of lottery tickets and the stadium was built on the field where Pope John Paul II had held the coronation of the Virgen del Chapi in 1985.

A first school match was played at the stadium in 1993, but the stadium was only partly completed and officially opened on 30 July 1995 with a match between Melgar and Allianza Lima (1-1). Melgar, having grown out of the nearby Estadio Melgar, made Estadio de la UNSA their new home.

Estadio de la UNSA was one of the seven playing venues of the 2004 Copa America, hosting four first round group matches.

How to get to Estadio de la UNSA

Tickets for Melgar games can be bought online through Ticketgol, or in person at the Club Office at Consuela 408 near the city centre or at Parque Lambramani shopping centre near Estadio de la UNSA from a few days before the match.

Tickets can also be bought at the ticket windows of Estadio de la UNSA from three hours before the start of the match.