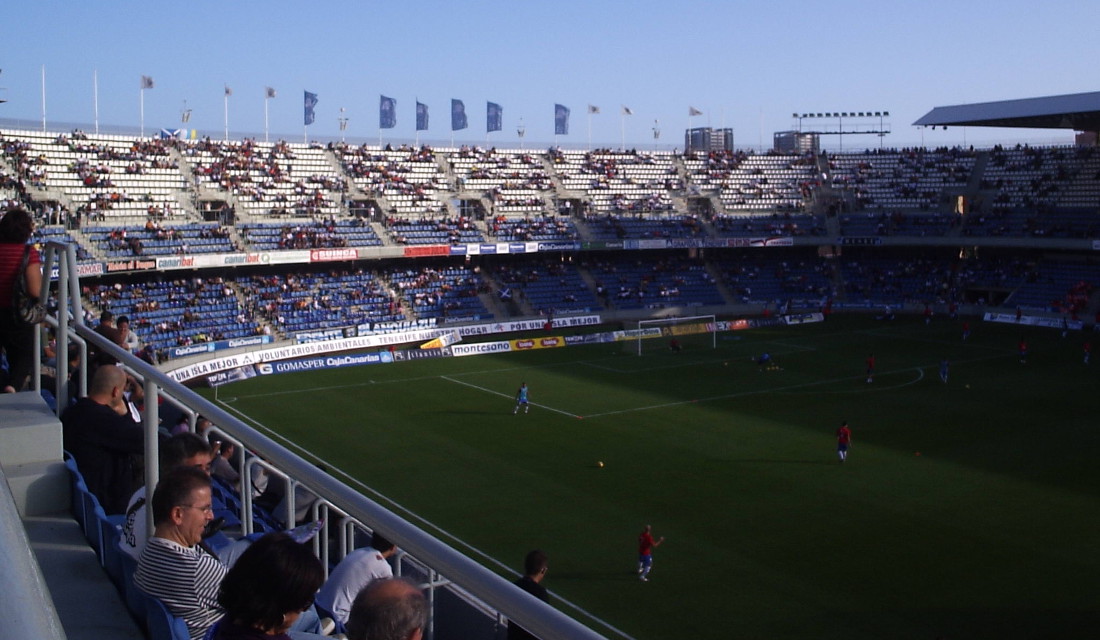 Estadio Heliodoro Rodríguez López, at times abbreviated to Estadio HRL, has been the home of Tenerife since 1925. It was Tenerife’s first proper stadium as before they played at an open field without proper stands.

The stadium officially opened on 25 July 1925 with a match between Tenerife and Marino de Las Palmas, and could initially hold 7,000 spectators.

Between 1946 and 1950 the stadium got almost completely rebuilt. Prestigious architect Marrero Regalado was hired to design the new stadium. At the same time, it received its current name after the club president at that time who had instigated the reconstruction of the stadium.

Estadio Heliodoro Rodriguez Lopez got once again almost completely rebuild from the late 1980s, though a few features of the previous stadium were preserved, including the old entrance gate. Works were performed gradually over a period of more than 10 years, rebuilding stand by stand, with the last new stand opening in 2001.

How to get to Estadio Heliodoro Rodriguez Lopez

The walk from the Plaza de Espana square in the centre takes about 20 minutes, that from the western parts of the city centre only 10 minutes, and that from the Auditorio, which lies further south, about 15 minutes.

Tickets for Tenerife games can be bought online, at the club office at the stadium, or at the club store at the Callejón del Combate 1 in Santa Cruz’ city centre. Tickets go on sale in the week before the match.

Tickets can also be bought at the ticket windows of the stadium on the day of the match. Tenerife rarely sell out.