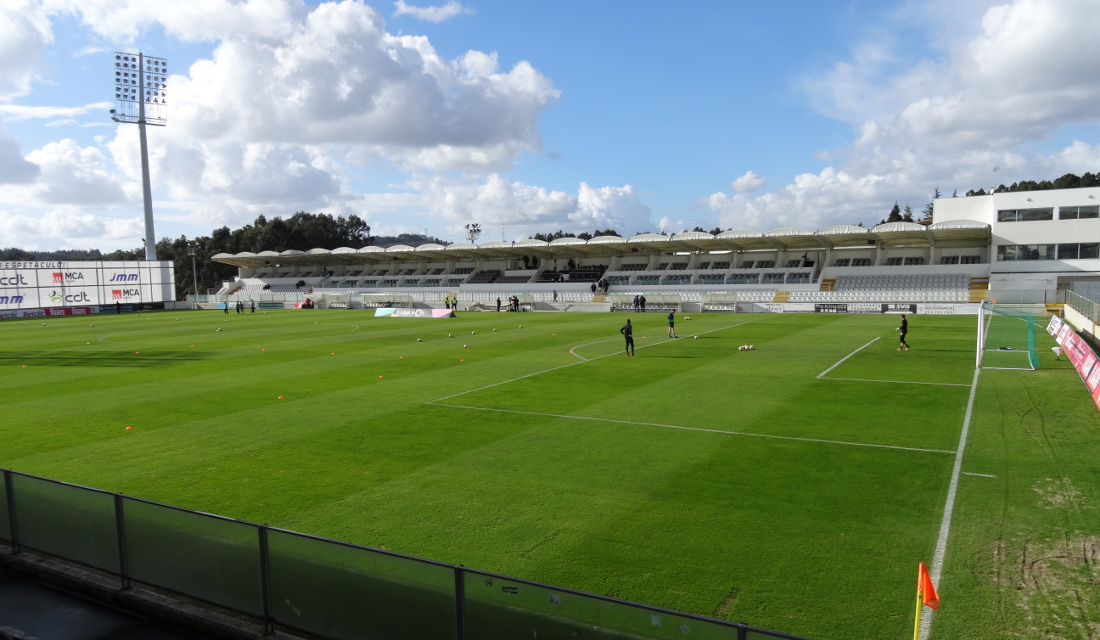 Soon after opening, the stadium was closed due to safety concerns, but quickly after got cleared again for professional football matches.

How to get to Estadio Comendador Joaquim de Almeida Freitas

Estádio Comendador Joaquim de Almeida Freitas is located in the small village of Moreira de Conegos, which is located in the north of Portugal near the city of Guimaraes. The stadium lies about 9 kilometres south-west from Guimaraes’ city centre.

The stadium is located a 15-minute walk uphill from train station Cuca with trains running from Porto Sao Bento and Porto Campanha stations, and Guimaraes. Service is rather limited though, about one train every two hours on the weekend and once an hour during the week. The journey from Guimaraes takes about 15 minutes, that from Porto just under an hour.

Tickets for Moreirense games can be bought at the club office at the stadium.

Ticket prices for a typical match tend to range from €10.00 for a seat behind the goal to €15.00 for a central seat at the main stand. Prices will go up for a number of high-profile matches including Portugal’s Big 3 and a few local derbies.