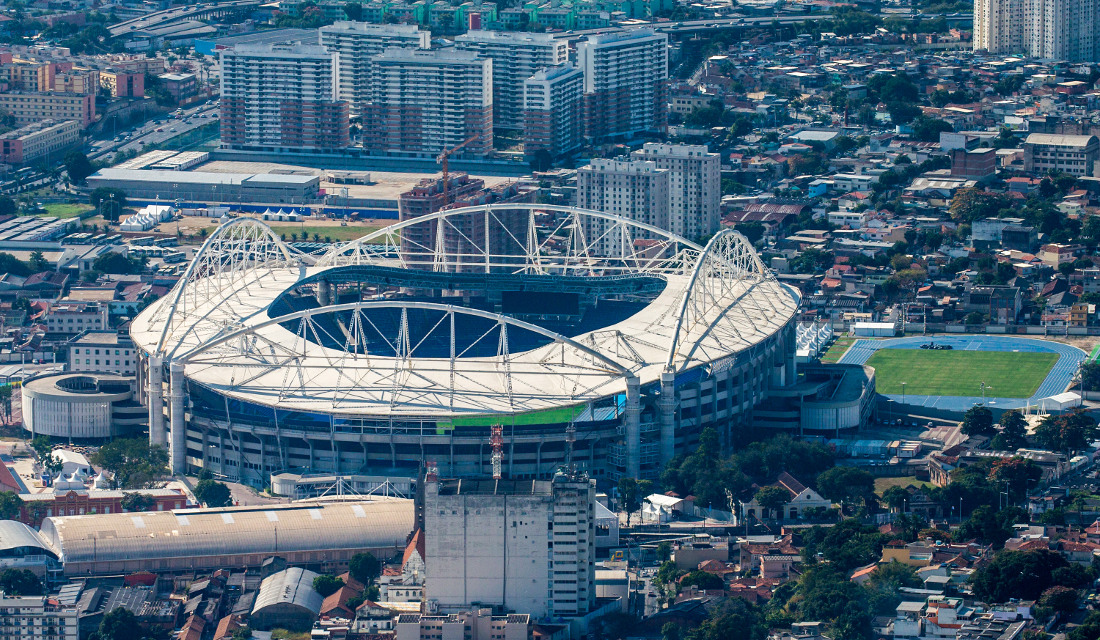 Estádio Olímpico Nilton Santos, previously called Estádio Olímpico João Havelange and often nicknamed Engenhão, was built for the 2007 Pan-American Games that were hosted by Rio de Janeiro. The stadium officially opened on the 30 June 2007 with a match between Botafogo and Fluminense.

At the same time the Rio de Janeiro government, owner of the stadium, put out a tender for the use of the stadium after the games. Botafogo, having struggled to find a permanent home in the previous decades, was the only club to bid and therefore won the right to lease the stadium for a period of 20 years.

After Maracaña closed in 2010 for building works for the 2014 World Cup, both Flamengo and Fluminense moved most of their home matches to the Engenhao.

In 2013, the stadium was shut down temporarily when structural construction problems with the roof were discovered.

Engenhao, owned by the city of Rio de Janeiro, was selected to host the athletics events of the 2016 Olympics, though the opening en closing ceremonies were held at Maracana. For the occasion capacity was expanded to 60,000 seats.

Due to the large distance between the stands and pitch and often low attendances, Engenhão has received the reputation of being a somewhat cold and soulless football stadium.

How to get to Engenhao

Train station Egenho de Dentro lies right next to the stadium. The station can be reached by taking a commuter train from Rio’s main rail station, Central do Brasil, which lies close to Rio downtown. The red (Ramal Deodora), green (Ramal Santa Cruz), and blue (Ramal Japeri) lines all connect Central do Brasil with Egenho de Dentro. Trains run at least every 15 minutes.

From Copacabana and Ipanema first take a metro to metro station Central, and from there a train as above.

Tickets for Botafogo matches can be bought online, at the ticket windows of the Engenhao, at the club store at the Av. Venceslau Bras 72 in Botafogo (near Sugerloaf Mountain), or at one of the other sales outlets, though none are particularly central.

Note that Botafogo may play the odd home game at a different stadium, hence it will be wise to check the venue before heading to the Engenhao.