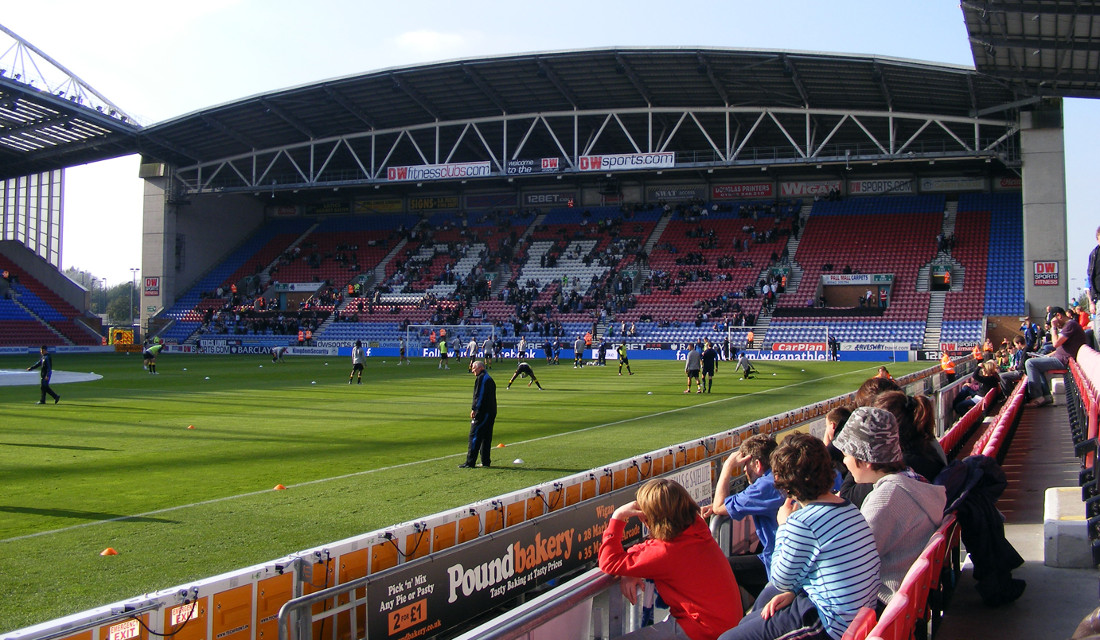 The DW Stadium officially opened on 4 August 1999 with a friendly between Wigan and Manchester United. A few days earlier, Wigan had already played another friendly at the stadium against Morecambe.

The stadium got renamed in 2009 after chairman David Whelan’s DW Sports business.

How to get to DW Stadium

The DW Stadium is located slightly less than 1.5 miles west of Wigan’s town centre and two rail stations, which are served by regular direct trains from Manchester and Liverpool (both stations lie a stone’s throw away from each other).

The walk to the stadium should take less than 30 minutes. Alternatively, you can take almost any bus going south-west. The ride from Wigan Bus station only takes 5 minutes. Get off at Wigan pier and walk a further 15 minutes. Bus 628, 664, and 665 stop closer to the stadium, on Scot Lane. Get off at stop Laithwaite and walk 5 to 10 minutes.

Tickets can generally also be bought at the ticket office on the day of the match. Wigan very rarely sell out.