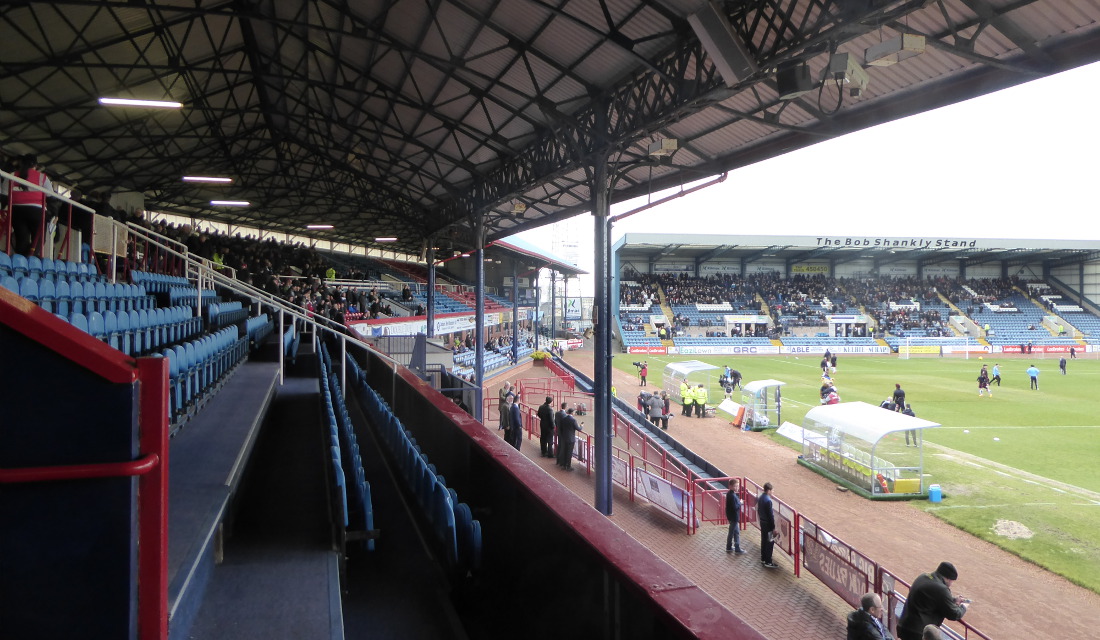 Dens Park has been the home of Dundee since 1899 when the club moved from a ground at Carolina Port to the new site.

For most of its history, Dens Park was slightly bowl-shaped and consisted of a double-decker main stand designed by Archibald Leitch on one side, and vast uncovered terraces on the other sides, though after World War 2 a roof was built over half of the other side.

The stadium recorded it highest attendance in 1953 when 43,024 spectators attended a Cup match between Dundee and Rangers.

By the 1990s, little had changed to Dens Park, which was in urgent need of a make-over. In 1999, the old stands behind the goals got demolished and replaced with new all-seater stands. The rest of the stadium had already been turned into an all-seater.

How to get to Dens Park

Dens Park is located in the north of the city of Dundee at roughly 1 mile from Dundee’s city centre and a little more from Dundee’s rail station. The stadium lies almost right next to Dundee United’s Tannadice Park.

It takes about 30 minutes to walk from the city centre to the stadium. Alternatively, catch either bus 1a, 1b, 18, or 23 from Meadowside or bus 22 from High Street in the city centre.

Frequent direct trains connect Dundee with Edinburgh and Glasgow. Expect a journey time of betwee 1 and 1.5 hours from Edinburgh and 15 to 30 minutes more from Glasgow.

Tickets for Dundee matches can be bought online, or at the ticket office at Dens Park.

Tickets can also be bought at the ticket office on the day of the match. Dundee doesn’t tend to sell out save for the derby and occasionally Celtic or Rangers.