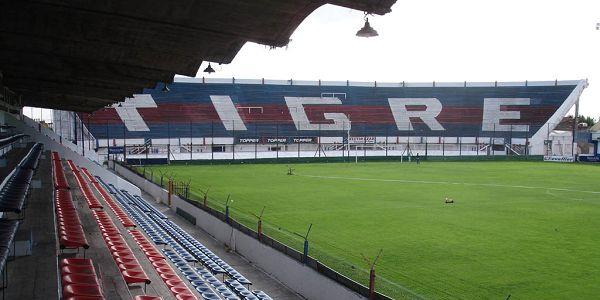 Coliseo de Victoria, officially called Estadio José Dellagiovanna and also referred to as Estadio Monumental de Victoria, was built in 1936 as the new home for Tigre.

The stadium opened on the 20 September 1936 with a friendly match between Tigre and Boca Juniors.

Over the years, Coliseo de Victoria got gradually converted from a wooden stadium into a concrete one. The last works got completed around 2007.

How to get to Coliseo de Victoria

The stadium can be reached with trains on the Mitre line, which runs from Buenos Aires’ Retiro station to Tigre. Get off at station Victoria, from where it is a 10-minute walk or short taxi ride to the stadium. The journey from Retiro takes about 40 minutes.

Tickets for Tigre matches can be bought at the ticket windows of the stadium, usually from a few days before the match.