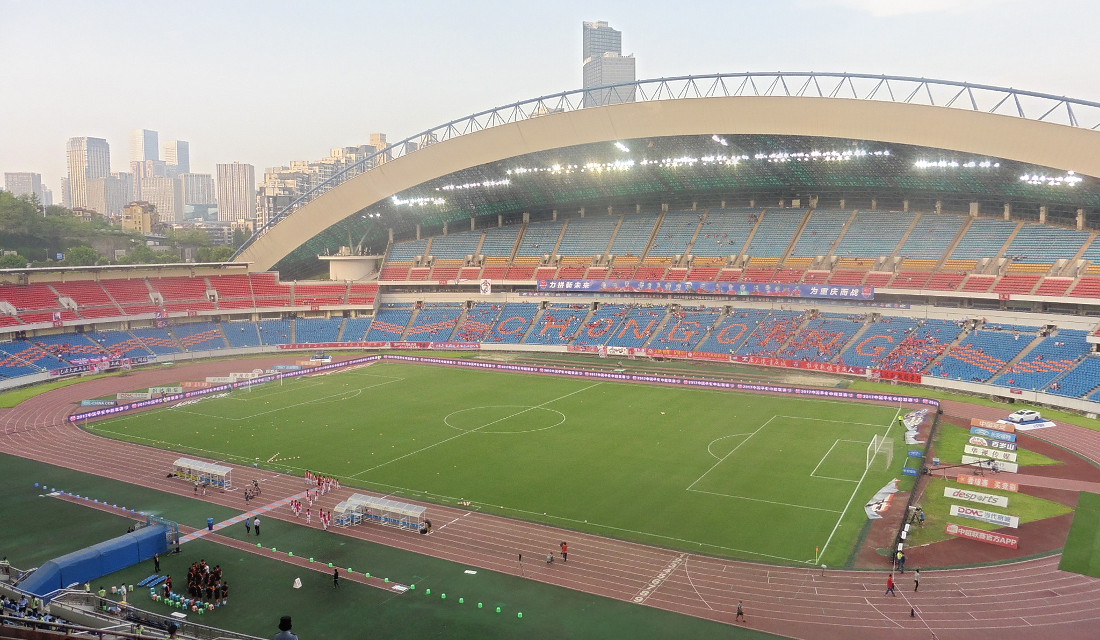 Chongqing Olympic Sports Center opened in July 2004. The first match at the stadium was a friendly between the Chinese and Lebanon national teams. The stadium forms part of a large complex of sports facilities.

In 2004, right after the opening, the stadium was one of the four playing venues of the 2004 AFC Asian Cup that was hosted by China.

How to get to Chongqing Olympic Sports Center

The stadium lies a 10 to 15-minute walk away from metro station Yuanjiagang, which is on the green line 2. Line 2 can be caught from JieFangBei and other central locations.

Alternatively, catch a metro to station Xietaizi, which is one line 1 and connects with, among others, Chongqing’s main railway station. It is a 15-minute walk from Xietaizi to the stadium.