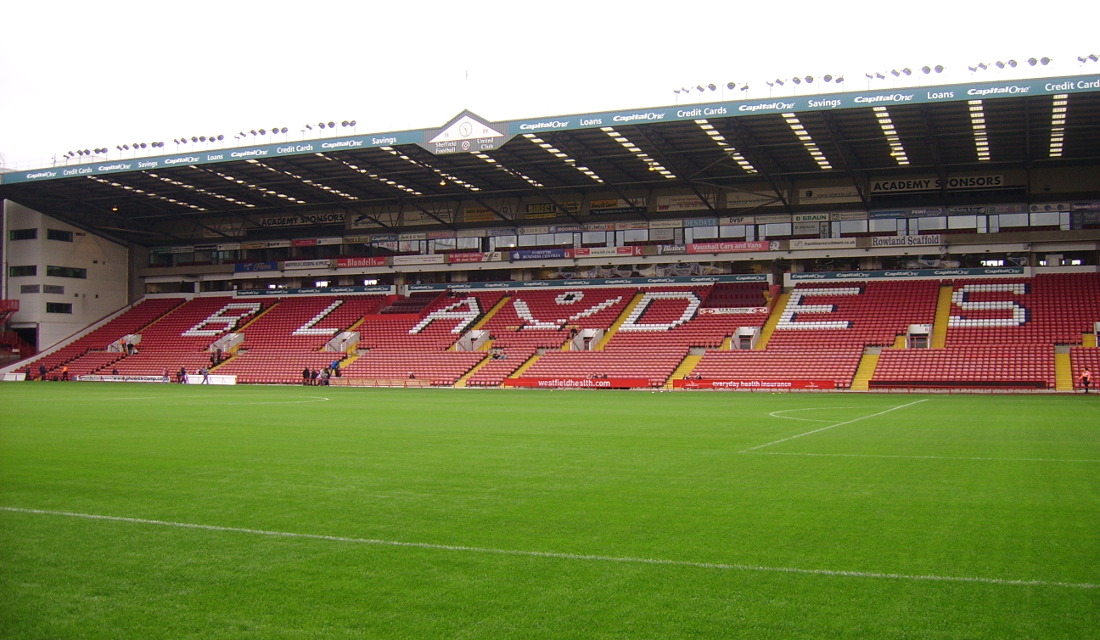 It opened on 30 April 1855 as a cricket ground and was in its first 7 years only used for cricket purposes. The first football match at the ground was played on 29 December 1862 when Sheffield FC took on Hallam FC (0-0).

In the following years the stadium was regularly used for football matches of the local Sheffield teams. It got a permanent occupant in 1889 when Sheffield United was formed and moved into the stadium.

Bramall Lane also hosted the first ever floodlit football match in 1878. The stadium underwent a series of expansions in the late 1890s when two new stands were built.

Smaller improvements were made in the decades following, for example roofs were added, and a record attendance was set in 1936 when 68,287 spectators attended an FA Cup match between Sheffield United and Leeds.

In 1966, a new two-tiered Bramall Lane Stand opened, but due to the fact that the ground was still being used for cricket matches, the stadium had a rather odd shape with a pitch about double the width of a standard football pitch. This meant in practice that one side of the stadium was just an empty field with the cricket pavilion in the back.

This finally changed in 1975 when a new South Stand was built on the cricket pitch. From then on Bramall Lane was a proper football stadium.

(photos of the present Bramall Lane below)

How to get to Bramall Lane

Bramall Lane is located just south of Sheffield city centre. The walk from either Sheffield Rail station or the city centre takes 15 minutes at most.

Frequent direct trains connect Sheffield with London St Pancras Station with a journey time of just over 2 hours. There are also direct connections from cities like Manchester, Leeds, and Birmingham.

Tickets can also be bought at the turnstiles of the stadium on the day of the match. Sheffield United only sell out the occasional high-profile match such as the local derby.