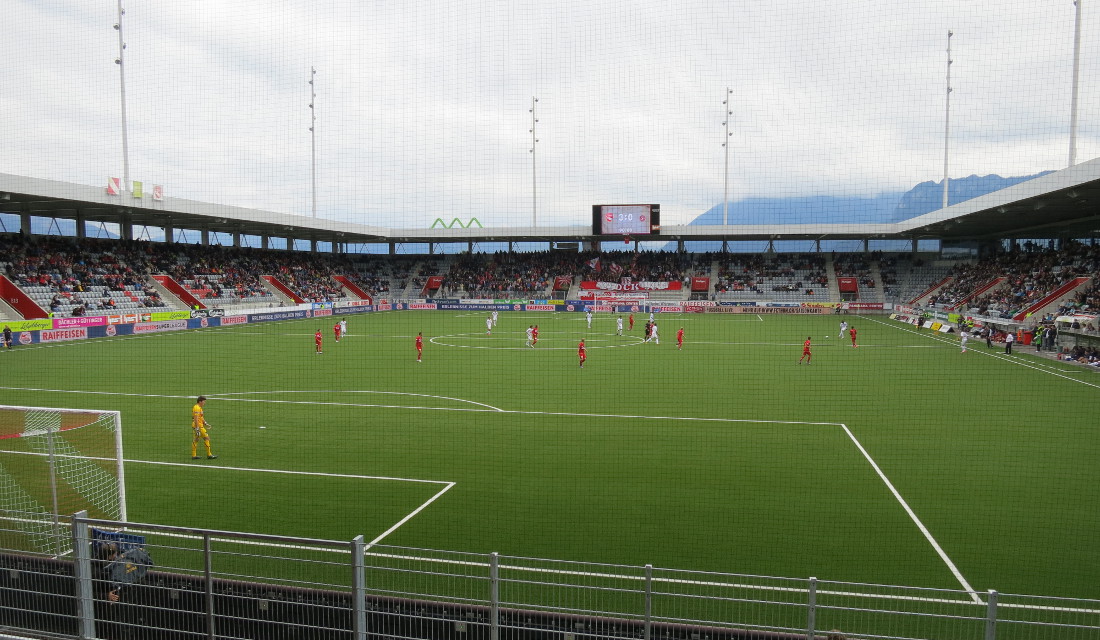 The Stockhorn Arena, initially called Arena Thun, replaced Thun’s old Stadion Lachen, which had been home of Thun since 1954.

Construction of the stadium started in June 2010 and was completed about one year later. The Arena Thun officially opened on 9 July 2011 with a friendly between FC Thun and 1. FC Köln (2-2).

In 2014, the stadium got renamed Stockhorn Arena following a naming rights sponsorship deal. The stadium has an artificial pitch.

How to get to the Stockhorn Arena

The Stockhorn Arena is located on the south-western edge of the city of Thun, a little over 2 kilometres from Thun’s main railway station and city centre.

It takes about 30 minutes to walk from the city centre to the Stockhorn Arena. Alternatively, take bus 3 from the main railway station in the direction of Allmendingen or Blumenstein. Get off at stop Arena Thun. Buses go frequently and the journey only takes 5 minutes.

The arena lies right next to the A6 motorway, which runs in southern direction from Bern. If arriving by car, take exit Thun Süd.

Tickets for FC Thun games can be bought online, at the Ochsner Sport store at the Panorama Center next to the Stockhorn Arena, at the COOP City store at the Schwäbisgasse 1 in Thun’s city centre, the Manor store at the Bahnhofstrasse 3 near the railway station, or at any of the Ticketcorner sales points.

Tickets can also be bought at the ticket windows of the Stockhorn Arena on the day of the match. Thun only sell out the occasional very high-profile match.

Ticket prices range from CHF 32.00 for a seat behind the goal to CHF 64.00 for a central seat at one of the sides. A ticket for the standing section costs CHF 26.00.

Prices are increased for the home matches versus Basel and Young Boys to between CHF 40.00 and CHF 72.00 for a seat. The cost of standing remains CHF 26.00.

Photos of the Arena Thun