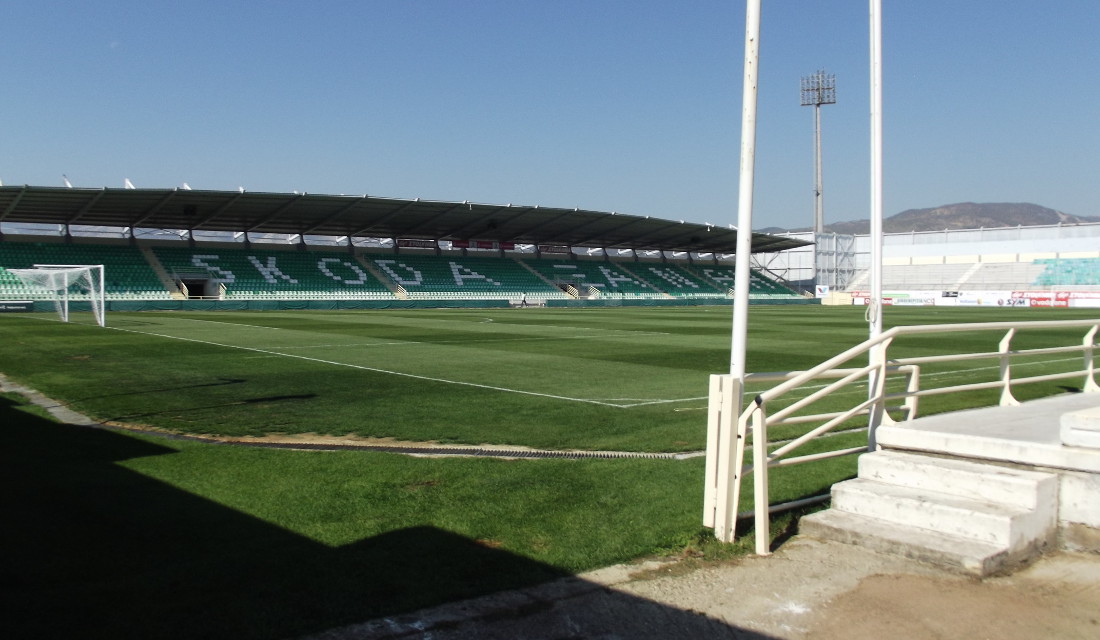 The Xanthi FC Arena only consists of three stands. If the club decides to build to fourth stand in the future, this would raise capacity to 9,000 seats.

How to get to the Xanthi FC Arena

The Xhanti FC Arena is located roughly 6 kilometres outside of the town of Xhanti surrounded by farmlands. The closest village is Pigadia, which lies a few hundred metres away.

Tickets for Xanthi matches can be bought online through viva.gr, or in person at the club office at the stadium.

Tickets are also available before the match at the stadium. Xanthi rarely sell out. An ID is required in order to be able to buy tickets.

Photos of the Xanthi FC Arena