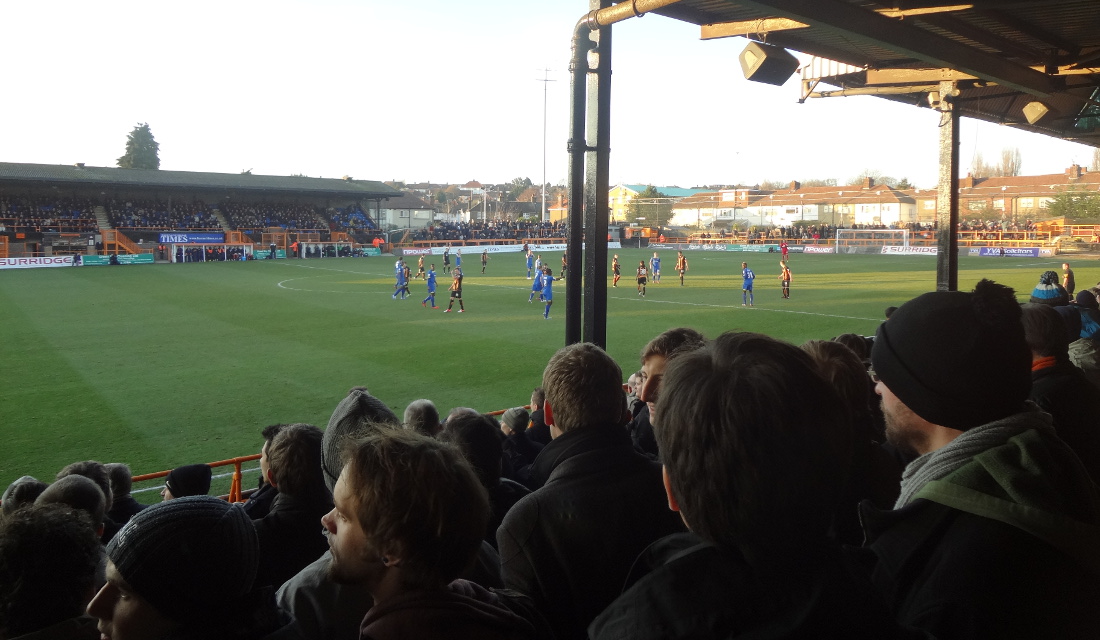 Underhill Stadium was until 2013 the home of Barnet FC. It opened in September 1907 with a match between Barnet Alston and Crystal Palace (1-0).

The stadium recorded its highest attendance in 1952 when 11,026 spectators attended a match versus Wycombe Wanderers.

The all-seater main stand got built in 1964, but the rest of the stadium remained terraced until the west bank terrace got replaced by an all-seater stand in 2008. It could then hold just over 6,000 spectators, of which about 3,700 standing.

In 2013, Barnet moved away to The Hive Stadium in Harrow after having been unable to agree on a lease extension for the Underhill Stadium.

For a few years, the stadium was being kept used for local rugby matches, but demolition finally started in early 2018 to make way for a secondary school.