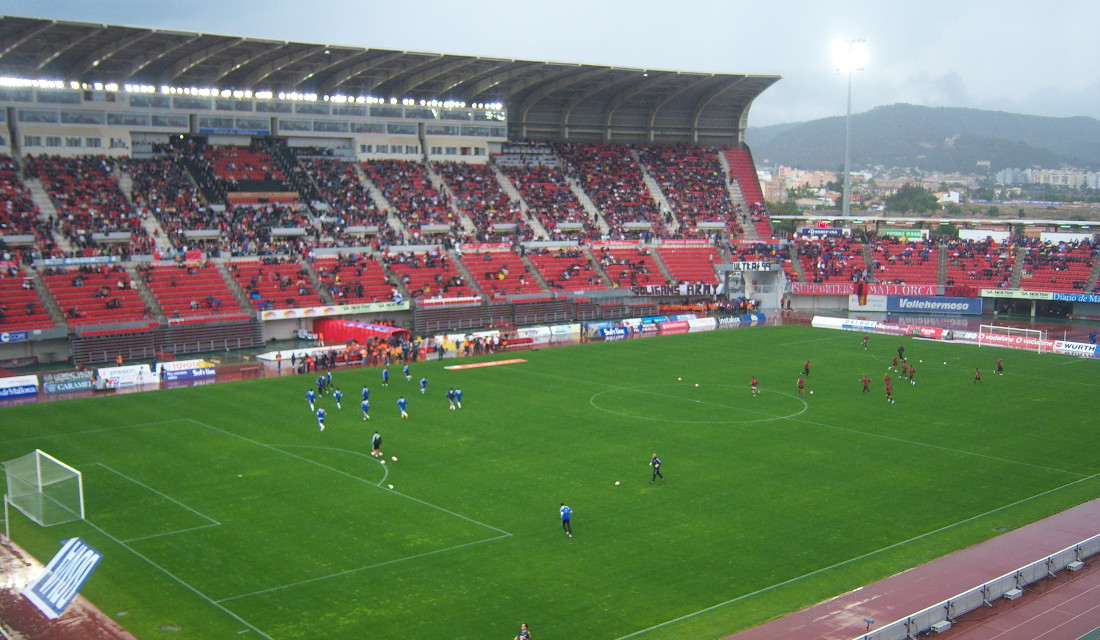 Iberostar Estadio, until 2004 called Son Moix, was built for the 1999 Universiade Games that were held at Palma de Mallorca. The stadium became the new home of Mallorca after the games, replacing the old Estadio Lluis Sitjar that had been home to the club since 1945.

In 2004, the naming rights of the stadium were sold to telecommunications company ONO, and in 2010 once again to Iberostar in a new deal.

Mallorca has never been entirely happy at Son Moix with its stands far off the pitch due to the running track. In 2010, Mallorca therefore revealed plans to build a new proper football stadium, which it hoped to occupy in 2016, but due to the club’s limited financial possibilities these were finally shelved.

How to get to Iberostar Estadio

Iberostar Estadio is located on the north-western edge of Palma de Mallorca, about three kilometres from the city centre.

The stadium lies adjacent to the city’s ring road. Take exit 7 and follow the signs for Son Moix.

If using public transport, the stadium can be reached with bus 6 (to Can Valero) or 8 (to Son Roca). Take the bus from Estació Intermodal (Plaza de España) on the north-eastern edge of the city centre. Line 8 has the more frequent service. The journey takes about 20 minutes, get off at Son Moix.

Iberostar Estadio is located on the edge of the city in an area that is a mix of residential buildings and some large retail. There are hardly any bars and restaurants around, and eating and drinking is better done in Palma’s city centre.

There are no hotels directly near Iberostar Estadio, but there is a good variety in central Palma de Mallorca. Click here for an overview of the options.

Tickets for Real Mallorca games can be bought online via Ticketmaster or Entrees, by phone +34 902 15 00 25 (Ticketmaster), or at one of the Ticketmaster sales outlets.

Tickets can also be purchased at the ticket windows (taquillas) of the stadium, in advance or on the day of the match. Mallorca rarely sell out.

Ticket prices can depend on the opponent, but for a typical match range in price from €15.00 for a seat at the uncovered curve to €35.00 for a covered seat at the main stand.

For more information about dates and hours call +34 971 221 231, or email juguestu@fundacioreialmallorca.org.