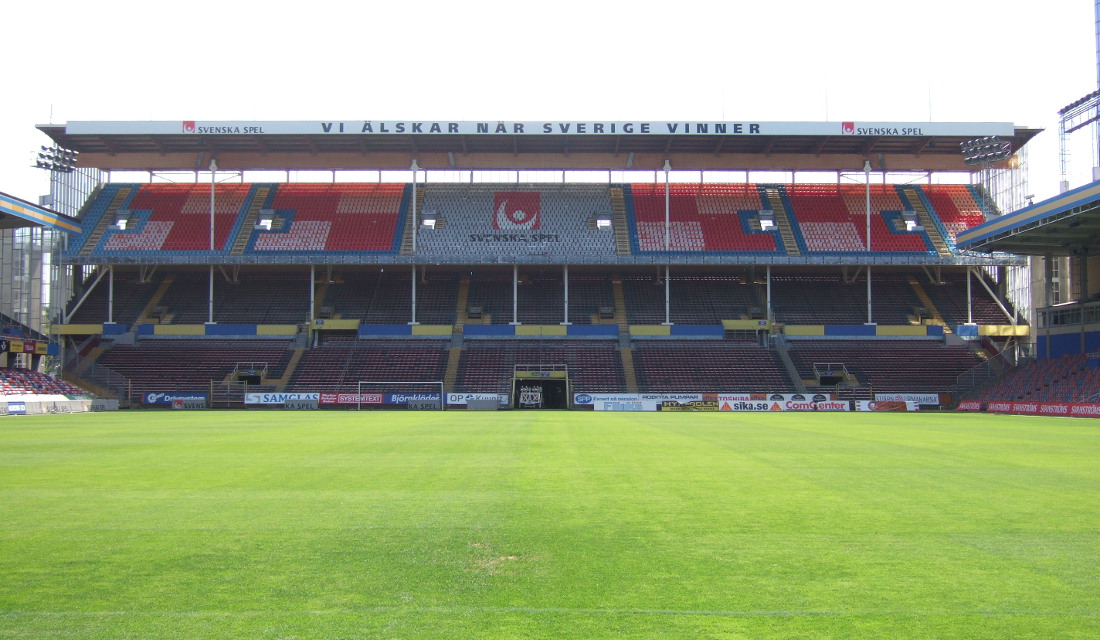 Råsunda Fotbollstadion got built in 1937 after the old ground that had stood at the same site since 1910 had become too small.

Rasunda opened on 18 April 1937 with a match between AIK and Malmö FF. AIK had previously played at the Stockholms Stadion, but then moved to the new national stadium.

Capacity was increased for the 1958 World Cup by expanding the stands at both ends. The stadium could hold just over 50,000 spectators at that time.

Few changes were made in the following decades until in the mid 1980s the old main stand got demolished and replaced by a new one.

Rasunda was once again a playing venue at the Euro 1992 Championships, though the final was hosted by Nya Ullevi. The stadium did host three group matches and the semi-final between Germany and Sweden (3-2).

In the mid 1990s, new covered stands got built at both ends, however Rasunda still lacked many of the modern facilities found in the new stadiums that were getting built elsewhere. The Swedish FA, owner of the stadium, therefore decided to build a new stadium, the Friends Arena, which opened in October 2012. The Friends Arena also became the new home of AIK.

Demolition of Rasunda commenced in early 2013. The stadium got replaced with apartment buildings.