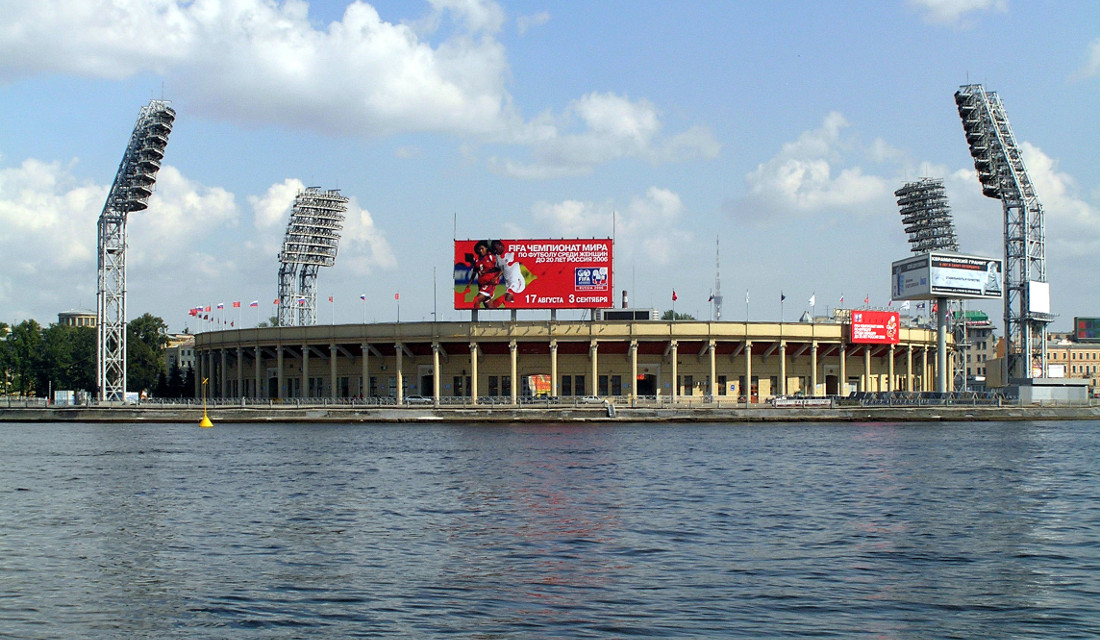 Petrovsky Stadium opened on the 26th of July 1925. The first football match was played two weeks later when a team from St. Petersburg (Leningrad) took on a team from Kharkiv (5-1). As Vladimir Lenin had died only one year earlier, the stadium was named V. Lenin Stadium in his honour.

In the Second World War the stadium got heavily damaged as the reserve pitch was used for anti-aircraft artillery. It took until 1957 for the stadium to be reconstructed as the city was most of all focusing on building the massive Kirov Stadium.

After the Lenin Stadium had gotten rebuilt, it counted with a capacity of just over 30,000 seats. Few football was played at the stadium though, as Zenit played its home matches at the Kirov Stadium.

The stadium underwent a last major renovation in the late 1970s to make the stadium ready for the 1980 Olympic games, during which it hosted several matches of the football tournament and served as a training base.

In 1992, the stadium got renamed Petrovsky Stadium, and at the same time underwent a refurbishment which reduced capacity to its current total. Soon after Zenit made it its permanent home.

Petrovsky Stadium was still far from a modern arena though, and in late 2008 Zenit started the construction of the new Saint Petersburg Stadium at the site of the former Kirov. Due to various delays an initial completion date of 2009 was pushed back several times, and the new stadium only got completed in April 2017.

(photos of the present Petrovsky Stadium below)

How to get to Petrovsky Stadium

From the Hermitage and Palace Square it is a mere 30 minutes walking to the stadium. Cross the bridge over the Neva river opposite Palace Square onto Vasilevsky Island, and 200 metres later leave the Island again via the next bridge over the second branch of the river. Keep left parallel to the river and after a few hundred metres you will see the stadium in front of you.

The stadium can also be reached by metro. Stop Sportivnaya, which is on line 5, lies right next to the stadium. Line 5 can, for example, be taken from the southern edge of the city centre at Sadovaya station or at Vitebskii Railway Station (Zvenigorodskaya metro station).

Petrovsky Stadium sits on the banks of the river Neva on an island that includes Petrovsky Park and other sport facilities part of the Petrovsky Sports Complex.

The stadium is located in a rather dense urban area, which means that there is the odd restaurant or café around. Still, Saint-Petersburg’s proper centre is not far away and offers many more options.

There is a good amount of hotels in the area around the stadium. Hotel Petrovskiy, Amulet Hotel, Hotel Kadetskaya, and Shelfort Hotel are some mid-range options located at short walking distance from the stadium. Sharf Hotel, and the 5-star Sokos Hotel Palace Bridge are some of the options in the high end.

Click here to see all hotels neat Petrovsky Stadium, and here to explore other options in central Saint-Petersburg.