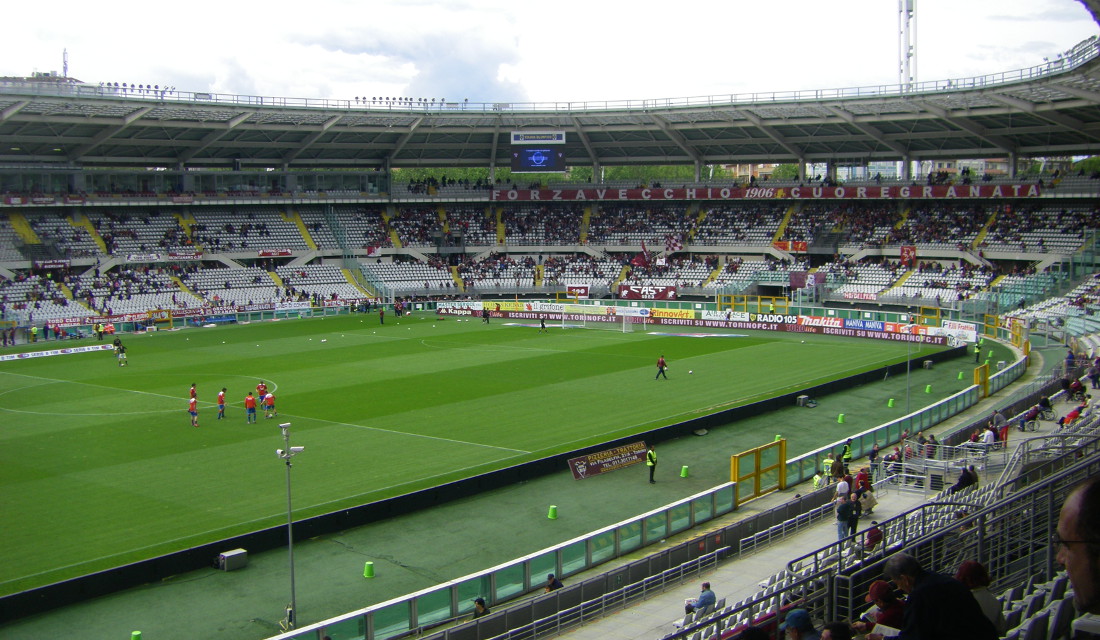 Stadio Olimpico di Torino, previously called Stadio Comunale, got built in the 1930s to serve as the host of the Littoriali Games (organised by the Fascist Party) and World Student Games.

Stadio Comunale officially opened on 13 May 1933, and was initially called after fascist leader Benito Mussolini.

The first football match at the stadium was played on 29 June of that year between Juventus and Hungarian side Ujpest. Juventus subsequently made the stadium their permanent home, while Torino kept playing at Stadio Filadelfia.

After the war, the stadium got renamed Stadio Comunale, and in 1958 Torino moved in.

Few changes had been made to the stadium when in the mid 1980s the city of Turin decided to build a new stadium with the perspective of the 1990 World Cup. In 1990, both Juventus and Torino moved to the newly opened Stadio Delle Alpi.

When the city of Turin got awarded the 2006 Winter Olympics, Stadio Comunale was selected to host the opening and closing ceremonies of the games. As a result, the stadium underwent a major renovation and received a new roof. The redeveloped stadium opened in November 2005.

Dissatisfied with the conditions of the too-large Delle Alpi, Torino decided to make the now called Stadio Olimpico di Torino their home again. Between 2006 and 2011, Juventus also played their home matches at the stadium while waiting for the construction of their new Juventus Stadium.

(photos of the present Stadio Olimpico di Torino below)

How to get to Stadio Olimpico di Torino

Stadio Olimpico di Torino is located in the south of the city of Turin, about 3.5 kilometres from railway station Porta Nuova and a little more from the city centre.

Several tram lines connect the stadium with the city centre. From Porta Nuova rail station take tram 4, which also passes right through the city centre on the Via XX Settembre. Take the tram in the direction of Drosso, and get off at stop Sebastopoli (or Filadelfia). The journey takes 12 to 15 minutes.

From Porta Susa rail station take tram 10 in the direction of Settembrini. Get off at stop Sebastopoli or Filadelfia.

From Lingotto rail station (which lies south of the stadium) you can take bus 14. From eastern and western parts of the city bus 17.

Stadio Olimpico di Torino is located in the typical Italian urban neighbourhood, which means that there is a reasonable amount of cafés, bars, and restaurants in the area. The options obviously pale in comparison with those in the city centre.

There are a few hotels toward Lingotto rail station, which are not too far away from the stadium. Hotel Cairo, Hotel Galimberti, and Hotel Parco Fiera are all decent options. For all hotels near Stadio Olimpico di Torino click here.

If you are spending more time in Turin, a hotel in the city centre may be the better alternative though. There are many options near Porta Nuova rail station, from where there are easy transport connections to Stadio Olimpico.

Tickets for Torino FC games can be bought online via Ticketone, in person at the Ticketone sales points (e.g. at the Fnac at the Via Roma 56 in the city centre), or at the ticket office at the stadium.

Tickets are also available at the stadium on the day of the match. Torino only sell out the occasional high-profile match.