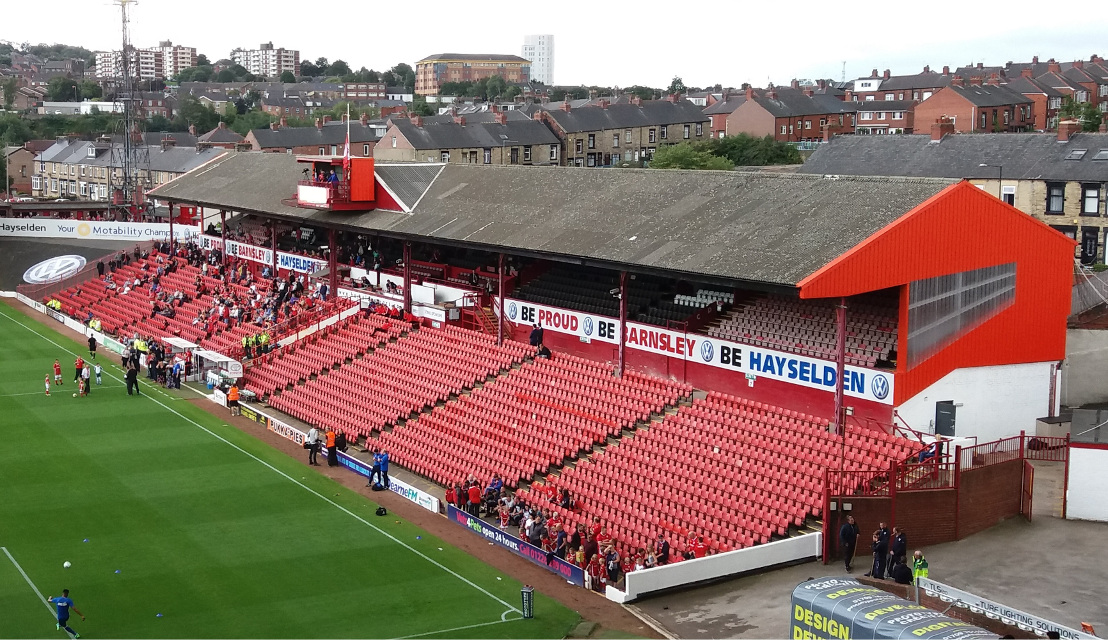 Oakwell Stadium was built in 1888. It got extensively redeveloped in the 1990s, with only the original main stand from the early 20th century left standing.

In recent years, plans have been made to replace the old main stand with a new modern all-seater stand, but it is unlikely that these will get realised in the upcoming years.

How to get to Oakwell

Oakwell Stadium is located just east of Barnsley’s town centre and rail station. The walk will only take 5 to 10 minutes.

Barnsley is serviced with direct trains from, among others, Sheffield, Leeds, and Huddersfield.

Tickets for Barnsley matches can be bought online, or at the ticket office at the stadium. Tickets can also be bought at the turnstiles on the day of the match.

Ticket prices are the same for all stands, but depend on the opponent. The cheapest go for £23.00, while tickets for the most expensive opponents cost £36.00. Tickets are £2.00 more expensive if bought on the day.