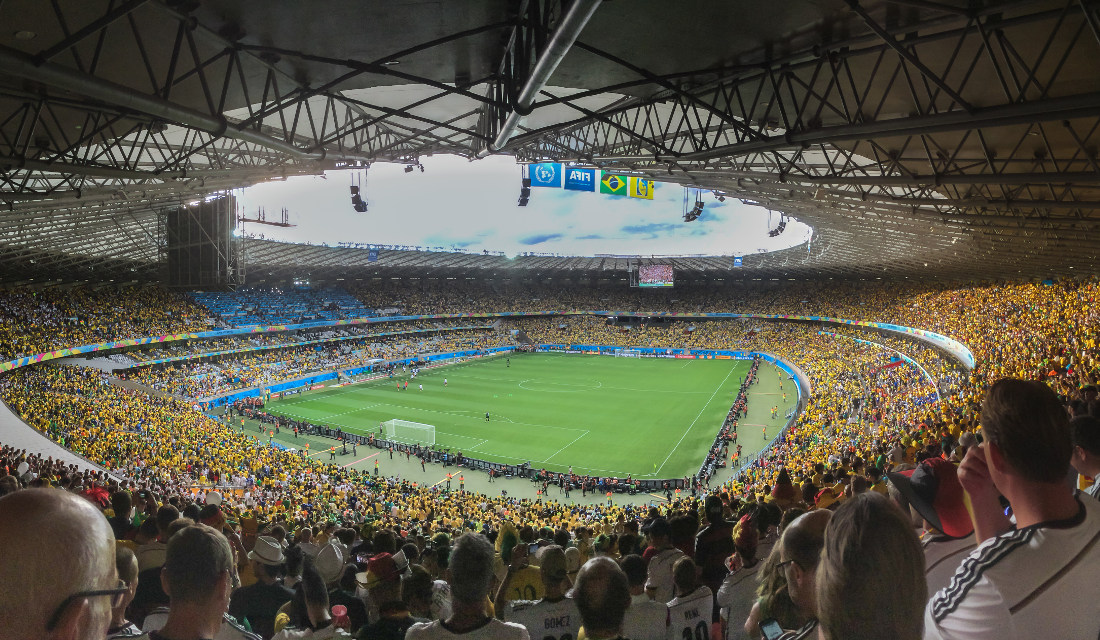 Mineirão, officially called Estádio Governador Magalhães Pinto, was built to provide the city of Belo Horizonte with a larger alternative for Estádio Independência, then the prime venue of the city.

The stadium, projected with a capacity of 130,000 spectators, was meant to become the most modern stadium of Brazil and the new home of Atlético Mineiro and Cruzeiro.

Construction took almost five years, and on 5 September 1965 Mineirao officially opened with a match between a selection from the state of Minas Gerais and Argentine side River Plate (1-0).

Mineirao hardly changed in the following decades, and in the 1990s still had its original capacity. It was in 1997 when the record attendance attendance of 132,834 was set in a match between Cruzeiro and Vila Nova.

When Brazil won their bid to host the 2014 World Cup, it was clear that Mineirao needed to undergo a large redevelopment. The project included the complete reconstruction of the bottom tier, an extension of the roof, and further refurbishments to upgrade the stadium to FIFA standards.

Building works took a total of three years, and were completed in December 2012. The first match at the reopened Mineirão was played on 3 February 2013 with a friendly derby between Atlético and Cruzeiro.

While Cruzeiro agreed on a lease to play the next 25 years at Mineirao, Atlético did not come to an agreement and kept playing most matches at Estádio Independência.

Mineirao hosted a total of six matches during the 2014 World Cup, including the round of 16 match between Brazil and Chile (1-1) and the semi-final between Germany and Brazil (7-1). The stadium was also one of the playing venues of the 2013 Confederations Cup.

(photos of the present Mineirão below)

How to get to Mineirao

Mineirão is located in the Pampulha area in the north of the city of Belo Horizonte at about 9 kilometres from the downtown area.

You can get to the stadium with bus 64. Take the bus from the Avenida Augusto de Lima in downtown Belo Horizonte. Take the bus that goes to Estacao Venda Nova. It  passes right in front of the stadium – the journey takes about 50 minutes.

Bus 2004 is an alternative. It can be caught from the Avenida João Pinheiro. Take it in the direction of Bandeirantes – the journey is of equal length as bus 64.

Eat, drink, and sleep near Mineirao

Mineirão is located in a rather pleasant predominantly residential area. It is bordered by the UFMG university campus and lies at close distance of the Lagoa de Pampulha lake. The nearby São Francisco de Assis church and Niemeyer-designed Pampulha Architectural Complex are worth a quick visit.

There are only a few hotels near Mineirão, of which the Bristol Pampulha Hotel is likely your best option. Otherwise, most hotels are located in downtown Belo Horizonte, which is also where you find most nightlife.

Tickets for Cruzeiro matches can be bought online, at the ticket windows of Mineirão, or at the club office at the Rua dos Guajajaras 1722 in Belo Horizonte’s city centre.

Ticket prices depend on the opponent, but expect to pay between R$ 40.00 for a seat behind the goal and R$ 120.00 for an upper tier seat at the side for a regular league match.