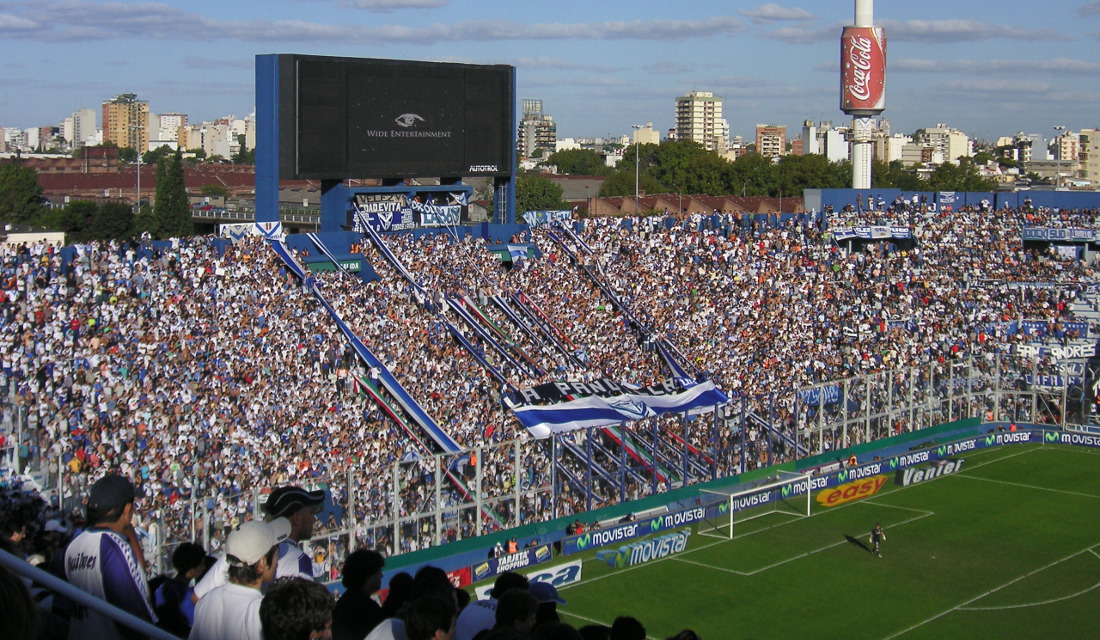 In the early 1940s, Vélez was without a permanent home when then-president Amalfitani bought a plot of land from the western railroads. The plot was located in a swamp area and the waterlogged soil was by many deemed to be useless.

Still, the president managed to drain the land in two years time and then erected the bleachers of the old stadium Fortín. Estadio Jose Amalfitani officially opened on 11 April 1943 with a match between Vélez and champions River Plate (2-2).

Construction of a proper concrete stadium started four years later. Works finished another four years later and on the 22nd of April 1951 a first match was played at the completed stadium.

In 1978, Estadio Jose Amalfitani got renovated to conform with FIFA requirements for the upcoming 1978 World Cup. At the same time capacity also increased to its current total. During the World Cup, the stadium hosted three matches in the first group stage.

Since then the stadium has hardly changed apart from some minor renovations in the mid 2000s.

How to get to Estadio Jose Amalfitan

Estadio Jose Amalfitani is located in the Liniers area in the far west of Buenos Aires (Capital Federal). The distance from Buenos Aires’ city centre (Microcentro) is about 14 kilometres, while the with tourists popular Palermo area lies about 10 kilometres north-east.

The stadium is situated just inside Buenos Aires’ main ring road (Av. Gral. Paz). It lies directly adjacent to the Avenida Perito Moreno, a large motorway which runs east-west and connects the city centre in the east (via Av. 25 de Mayo) with the ring road in the west. The stadium also lies just a few blocks off Avenida Rivadavia, which starts in the centre at Plaza de Mayo and runs all the way west.

From Microcentro the stadium can be reached by train. Train station Liniers is only a few minutes walking from the stadium. Take the train from station Once (11 de Septiembre) which is located slightly west of the centre (about 15 minutes walking from Plaza del Congreso). Once lies also on the blue (A) and yellow (H) metro lines. Liniers Station is one of the stops on the Once-Moreno train line (or Línea Sarmiento), which has very regular service.

From the Palermo area you can also directly reach the stadium with bus (colectivo) 34. Take the bus from Uriarte (street). The bus then follows Juan B Justo avenue and runs directly past the stadium.

Estadio José Amalfitani lies in a predominantly residential area with little of entertainment around, though you will undoubtedly stumble upon a local restaurant or bar. Still, eating and drinking is better done in central Buenos Aires.

Neither is there much reason to stay overnight near Estadio Jose Amalfitani, nor are there hotels around. Staying close to Once station will get you quickly to the stadium though. Abasto Hotel and Destino Real Hotel are excellent options, and there is much more choice near Plaza del Congreso.

If you don’t mind a slightly longer journey to the stadium, you can pick any of the many hotels in the bustling Palermo, the upscale Recoleta, or charming San Telmo area.

Tickets for Velez Sarsfield matches can generally be bought from the morning of the day of the match at the ticket windows (boleterias) of the stadium.

Ticket prices may depend somewhat on the match, but a standing place typically costs AR$ 200.00 and a seat at the long side AR$ 600.00. For high-profile matches (e.g. Boca) prices may get increased.