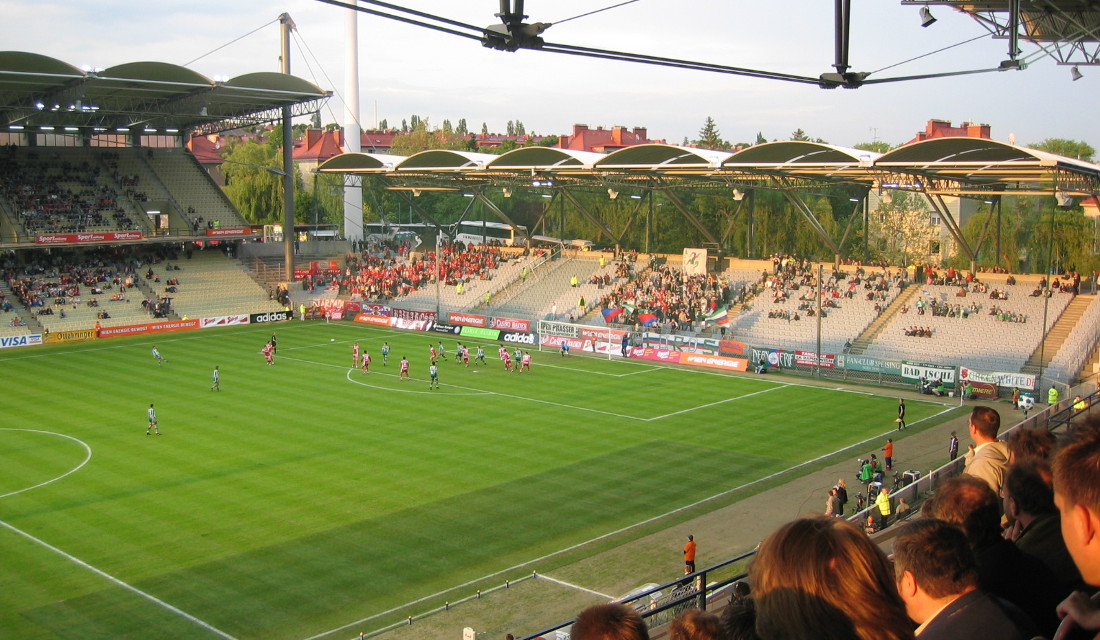 Gerhard Hanappi Stadion opened on 10 May 1977 with a friendly match between Rapid and the Austrian national team. The stadium was then still called Weststadion and could hold 19,600 spectators.

The construction of the stadium had been a project of former Rapid captain Gerhard Hanappi, who had gone into architecture after his retirement from football. The stadium received his name after his death in 1980.

Gerhard Hanappi Stadion underwent a major redevelopment between 2001 and 2003, during which Rapid was forced to play at Ernst Happel Stadion. The works included the installation of roofs on all the stands and the removal of the perimeter fencing.

However, the stadium still did not proved fit for modern times, and Rapid therefore decided to build a new stadium in its place, the Allianz Stadion. The last match at the stadium was a friendly versus Celtic in July 2014, and three months later demolition works commenced. The new Allianz Stadion was inaugurated in the summer of 2016.