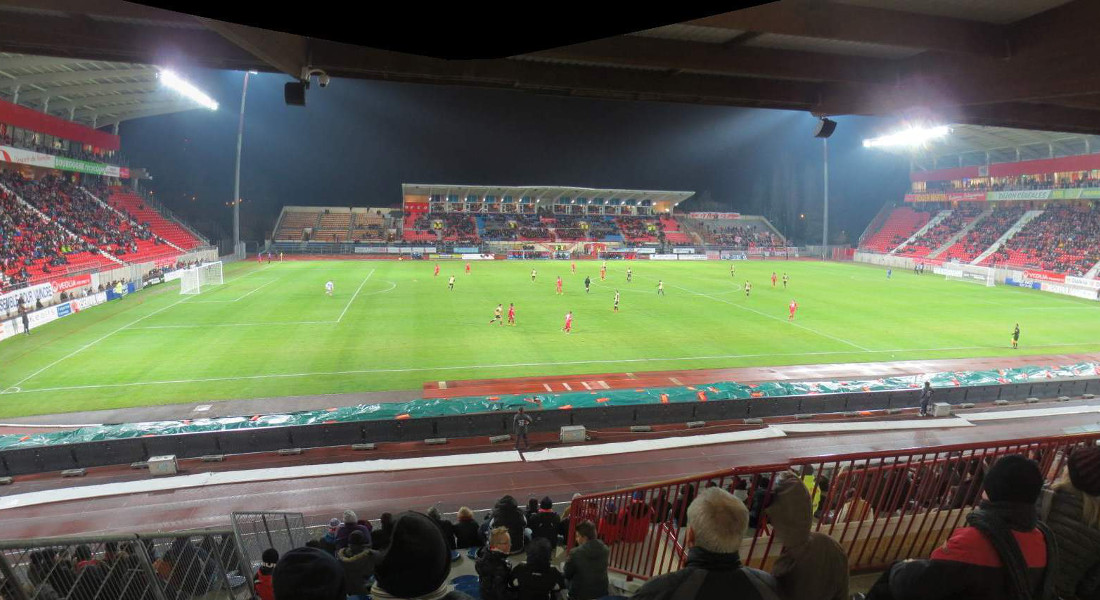 Stade Gaston-Gérard opened on 19 May 1934 as Parc des Sports and could at that time hold about 10,000 spectators.

The stadium got renamed in 1969 in honour of former deputy mayor of Dijon and French minister of tourism Gaston Gérard. Over the years the stadium underwent several minor changes and refurbishments.

In 2007, Dijon presented plans to completely redevelop Stade Gaston-Gerard into a modern 22,000 all-seater arena, with works to be performed in several stages.

Building works started with the stands behind the goals. A new North Stand was completed in May 2009 and a new South Stand in October 2010. Progress then stalled and it took until 2015 for the East Stand to be demolished, which got completed two years later, leaving only the West Stand to be rebuilt.

How to get to Stade Gaston-Gerard

Stade Gaston-Gerard is located in the west of the city of Dijon, about 2 kilometres from the city centre. You can walk to the stadium in less than 30 minutes.

Dijon’s main rail station, Dijon Ville, lies further away at about 3.5 kilometres. You can get from the station to the stadium with bus 3. Take the bus in the direction of Epirey Cap-Nord and get off at stop Parc des Sports. Bus 3 also crosses right through the city centre. Buses run regularly. The ride takes about 17 minutes.

Tickets for Dijon games can be bought online, at the ticket office at the Stade des Poussots (at 9 Rue Ernest Champeaux in the south-east of the city), or at the sales outlets of the Francebillet (Fnac, Carrefour, Géant, Intermarché) and Ticketmaster (Auchan, Cora, Cultura, Leclerc) networks.

Ticket prices depend on the opponent. Tickets for the most expensive “gala” matches range in price from €20.00 for a] seat behind the goal to €52.00 for the best seats at the main stand.