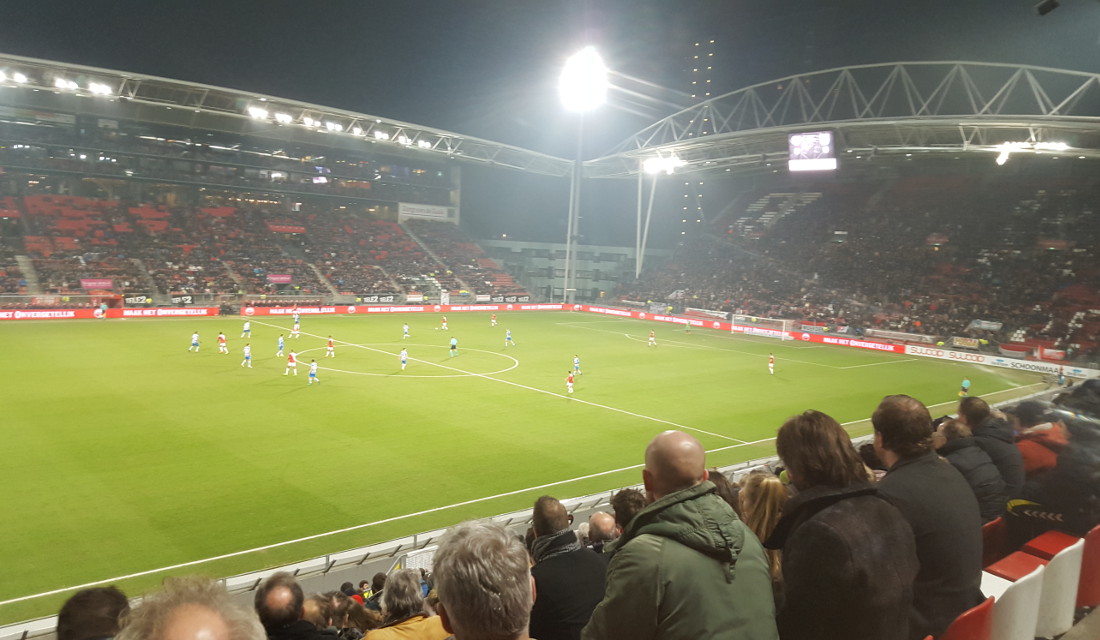 Stadion Galgenwaard was built in the mid 1930s to serve as the home for Utrecht clubs DOS and Hercules.

When the plans for the stadium were first presented, the then Ministry of War objected as the stadium was planned at a site surrounded by fortresses that served as a defence line for the West of the country.

However, the Ministry dropped their protest and Stadion Galgenwaard officially opened on 21 May 1936. The stadium was bowl-shaped at that time and included a cycling track around the pitch.

In the 1970s, after three Utrecht clubs had merged to form FC Utrecht, the stadium had become severely outdated with few seats and cover, and could not cope with the increasing hooliganism of the times.

The last match at the old Galgenwaard was played on 21 April 1981. After the match the Utrecht fans demolished the stadium in what is considered to be one of the lows of hooliganism in the Netherlands.

In just a few months, the stadium got extensively redeveloped into a rectangular shape with four separate stands at each end.

The Galgenwaard was seen as one of the first modern stadiums of Europe, with no perimeter fencing, a moat separating the fans from the pitch, and offices housed in the stadium buildings. It served as one of the prime examples for future UEFA and FIFA regulations, and was mentioned in the Taylor Report as an example for future stadium design.

However, only 20 years later design standards had progressed to the extent that the stadium was again outdated and in 2001 a new redevelopment program started that saw the gradual reconstruction of all four stands. The completely renovated stadium was finished in the summer of 2004.

(photos of the present Stadion Galgenwaard below)

How to get to Stadion Galgenwaard

Various bus lines connect the stadium with the central train station and city centre as the stadium lies close to a university and hospital complex, however service on the weekends is less frequent.

On the weekends, take bus 41 from the central train station (Jaarbeurszijde) in the direction of Wijk bij Duurstede. Get off at stop Stadion Galgenwaard, the journey takes 10 minutes.

During the week, line 12 in the direction of De Uithof WKZ is an alternative. Get off at stop Stadion Galgenwaard. The ride only takes 8 minutes and buses leave many times per hour.

Stadion Galgenwaard is located in an area that is a mix of residential houses, office buildings, other sports facilities, and a hospital. There aren’t many local places to eat and drink though, which is better done in Utrecht’s charming city centre.

There are no hotels near Stadion Galgenwaard, but plenty of options to choose from in Utrecht. Click here for an overview.

FC Utrecht may at times require possession of a Utrecht Club Card to be able to buy tickets for a match that is considered high-risk for fan violence.

If tickets remain available, these can also be bought at the ticket windows of the stadium on the day of the match. However, the same club card requirements apply. FC Utrecht only sell out the occasional high-profile match.