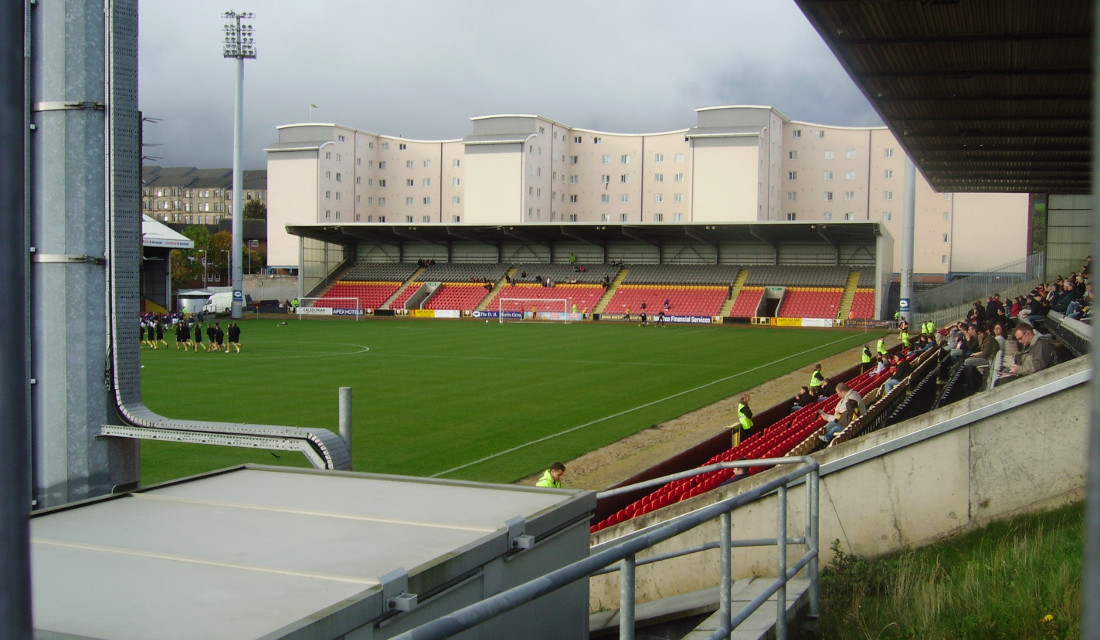 Partick Thistle moved to Firhill in 1909, having played the previous 33 years of their existence at various grounds in the west of the city.

They played their first match at their new home on 18 September 1909 against Dumbarton Harp (3-1).

Firhill got further developed in the 1920s when a new main stand was built and the terraces got expanded.

Shortly after, in 1928, Firhill recorded its highest attendance when 54,723 spectators came to see a Scotland versus Northern Ireland international.

The first new stand to open was the Jackie Husband Stand in 1994, followed by a new North Stand in 2002. The southern end of the stadium is being left open.

(photos of the present Firhill Stadium below)

How to get to Firhill Stadium

Firhill Stadium is located in the north of Glasgow at just under 1.5 miles from Glasgow’s city centre.

Firhill lies at walking distance from both Kelvinbridge and St Georges Cross subway stations. Both stations are on Glasgow’s one circular line that can be boarded at stops Buchanan Street and St Enoch in the city centre. The walk from either station to the stadium takes about 15 minutes.

Bus 40 (or 40a) and 61 can be taken from the same spot. Take bus 40 in the direction of Clydebank or bus 61 toward Summerston, and get off on Maryhill Road.

Tickets for Partick Thistle games can be bought online, or in person at the club office at the stadium.

Tickets are also available at the club office on the day of the match. Partick Thistle does not tend to sell out home matches save for the Celtic and Rangers fixtures.

All tickets cost £22.00 except for the games against Celtic and Rangers when prices are increased.