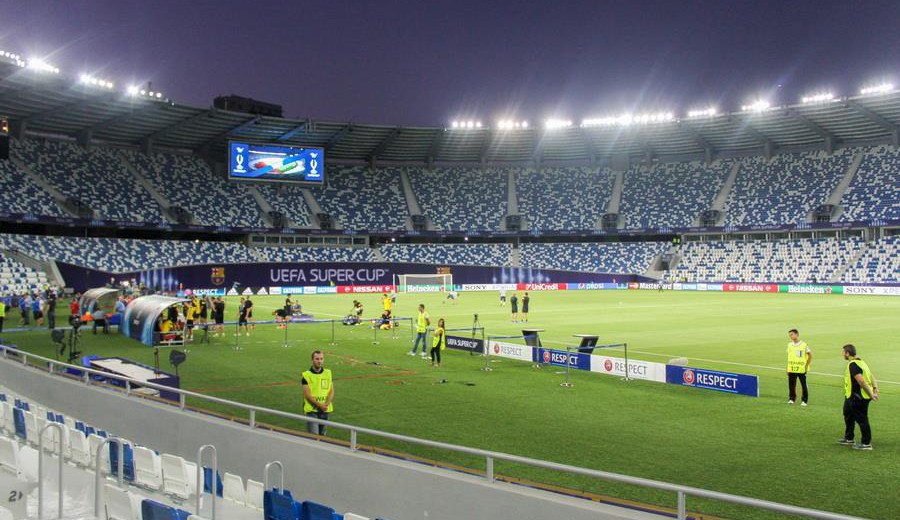 The Boris Paichadze Dinamo Arena, initially called Dinamo Stadium, opened in 1936. Construction had started in 1929, but works were soon suspended and only picked up in 1933.

Dinamo Stadium got almost entirely reconstructed between 1969 and 1976, resulting in a capacity of 78,000. The stadium reopened with a round of 16 Cup Winner’s Cup match against Welsh side Cardiff.

The stadium recorded its highest attendance of 110,000 in 1979 when Dinamo hosted Liverpool in a round of 16 European Cup match.

Dinamo Stadium remained largely unchanged for the next three decades, and in 1995 got renamed Boris Paichadze National Stadium.

How to get to the Boris Paichadze Dinamo Arena

Boris Paichadze Dinamo Arena is located in central Tblisi a few blocks away from the main railway station just north of the city centre.

The stadium lies a little over 4 kilometre north from Freedom Square, which lies on the north-western edge of the old town, and 3 kilometres north from Rustaveli Square in the modern centre.

The closest metro station is Station Square at the main railway station. Station Square is on the red line 1 which passes most city centre locations.

Dinamo tickets can be bought online through Biletebi.ge, or at the ticket windows of the Boris Paichadze Dinamo Arena in the week before and on the day of the match.