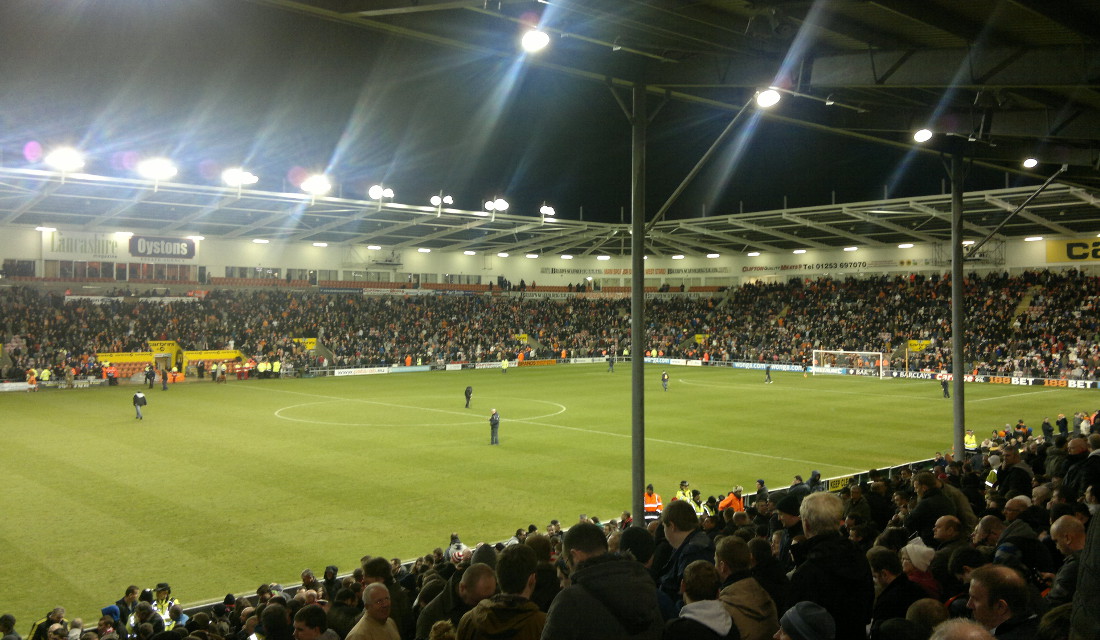 Football was first played at the site of Bloomfield Road in 1887. In 1899, a first modest stadium was built with the first match played on the 21st of October of that year between South Shore FC and the 1st South Lancashire Regimen. South Shore FC would soon after merge with Blackpool FC.

Bloomfield Road got quickly expanded in the following decades resulting in a capacity of over 20,000 by the mid 1920s. In 1930, a new north terrace (Spion Kop) was built to raise the capacity to just over 30,000.

No further developments were made until in 1954 the East Paddock was extended. By the mid 1960s the stadium could hold 38,000 fans, but this was soon reduced when several standing areas were converted into seats. At the same time the Spion Kop received (partial) cover.

By the 1990s, Bloomfield Road had fallen into disrepair and increased safety requirements meant further reductions in capacity.

Several initiatives were launched to build a new stadium, but all failed to materialise. In 2000, the club changed course and presented plans to redevelop the existing ground.

One year later the Spion Kop and West Stand were demolished and replaced by new stands. In 2003 it was the turn of the East and South Stand to get demolished, however no new stands were built yet.

It took until 2010 for a new South Stand to be built. Temporary structures occupied the East End, which were gradually improved, most recently in 2011.

(photos of the present Bloomfield Road below)

How to get to Bloomfield Road

Bloomfield Road is located in central Blackpool, just south of Blackpool town centre and at only a few hundred metres from the Promenade (between the South and Central Pier).