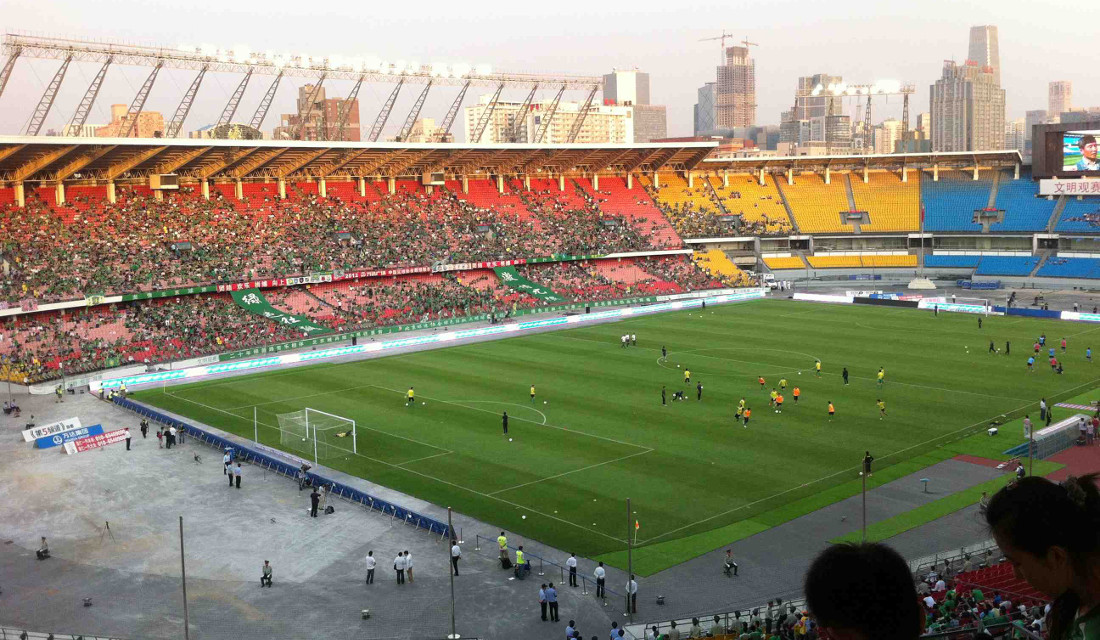 Beijing Workers Stadium was built in 1959 to celebrate the 10th anniversary of the People’s Republic of China and to serve as China’s new national stadium, hosting the country’s National Games.

In 1986, the stadium got extensively renovated over a three-year period and subsequently hosted the 1990 Asian Games.

In 1995, Workers Stadium became the home of Beijing Guoan FC. The club temporarily moved away to Fentai Stadium in 2005, but returned again in 2009.

Beijing Workers Stadium hosted a number of games during the 2008 Olympic football tournament, including a semi-final in both the men’s and women’s tournament. Before the tournament, the stadium had received an extensive refurbishment.

How to get to Beijing Workers Stadium

Beijing Workers Stadium is located in the Sanlitun area just east of central Beijing at roughly 6 kilometres from Tiananmen Square.

The stadium lies only just north of Beijing’s central business district, a 15 to 30-minute walk, and just south-west of the Sanlitun Village nightlife area, a 10 to 15-minute walk.