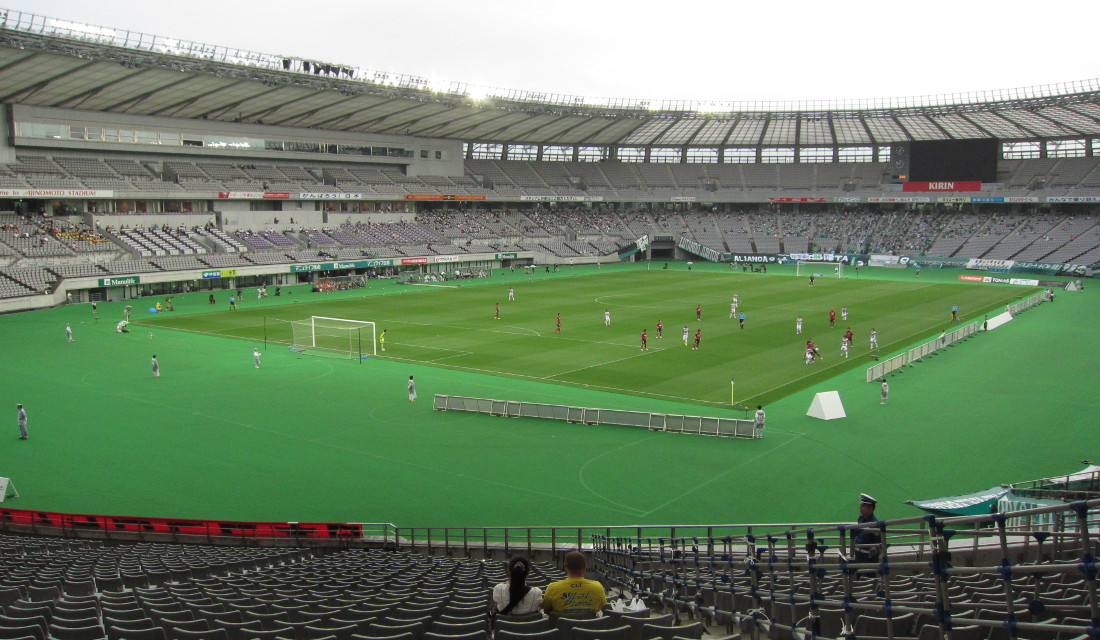 Ajinomoto Stadium was built in 2000 on the site of a former US military base. It officially opened on 10 March 2001.

Despite conforming with FIFA requirements, Ajinomoto Stadium was not selected as a 2002 FIFA World Cup stadium.

Until 2003 the stadium was called Tokyo Stadium, but it changed names to Ajinomoto Stadium as a result of a sponsorship deal.

How to get to Ajinomoto Stadium

Ajinomoto Stadium is located in the Chofu area in the west of Tokyo, just under 25 kilometres from central Tokyo.

Tickets for FC Tokyo matches can be bought online through the official FC Tokyo ticketing website or any of the other online ticketing partners. Tickets can also be bought in person at any Lawson, Seven-Eleven, FamilyMart, PIA, MiniStop, or Circle K convenience store.

Tickets are generally also available on the gate of the stadium on the day of the match.

Tickets for Tokyo Verdy games can be bought online or through the same convenience stores as FC Tokyo , as well as the Internet and telephone booking options these stores offer.

Tickets are also available on the gate of the stadium on the day of the match. Tokyo Verde rarely sell out.

Ticket prices range from Y$ 2,100 for a general admission seat behind the goal to Y$ 4,500 for a seat at the main stand. Tickets are Y$ 500 more expensive if bought on the day.

FC Tokyo as well as Tokyo Verdy may at times play a home match at the National Stadium instead of Ajinomoto Stadium.

Tours run on selected dates that are announced on the Ajinomoto Stadium official website.