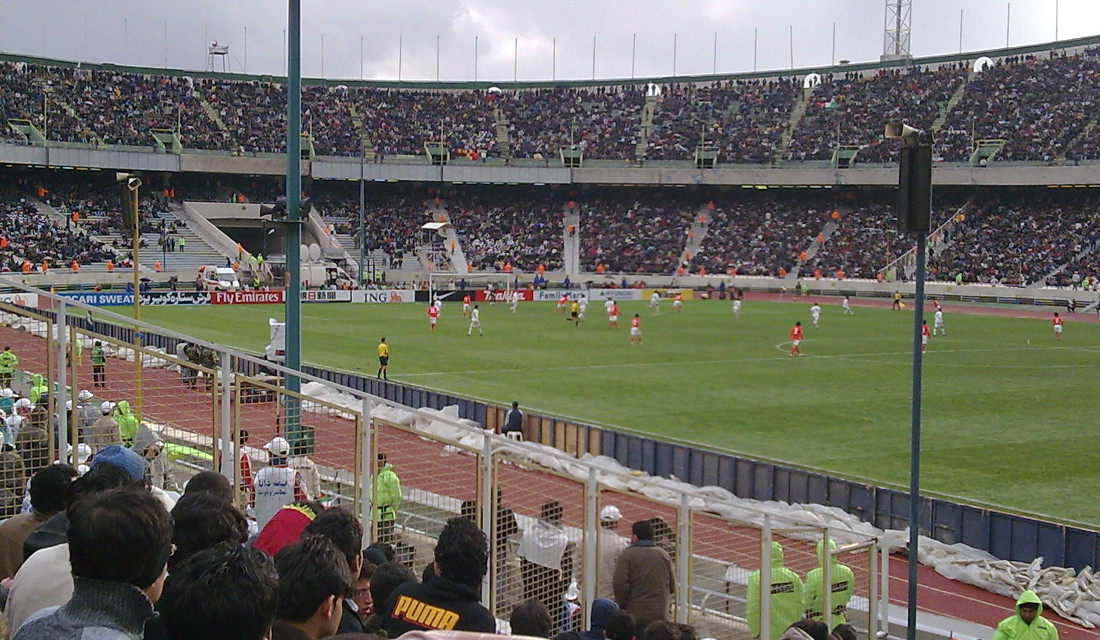 Azadi Stadium was built to serve as the centrepiece venue for the 1974 Asia Games. It was initially called Aryamehr Stadium, opened on 1 April 1971, and could hold 100,000 spectators.

The stadium underwent a refurbishment in 2003, which resulted in a slight reduction in capacity.

How to get to Azadi Stadium

Azadi Stadium is part of Azadi Sports Complex, which consists of, among others, other sports facilities and a lake.

Azadi Sports Complex is located on the western edge of Tehran, about 13 kilometres from central Tehran and not far from Mehrabad Airport.

The stadium is easily reached by metro. Station Azadi Stadium is located right next to the stadium and is on the green line 5. Line 5 can be taken from stop Sadeghieh (Tehran) in the west of Tehran, which can be reached with the blue line 2 from central Tehran.