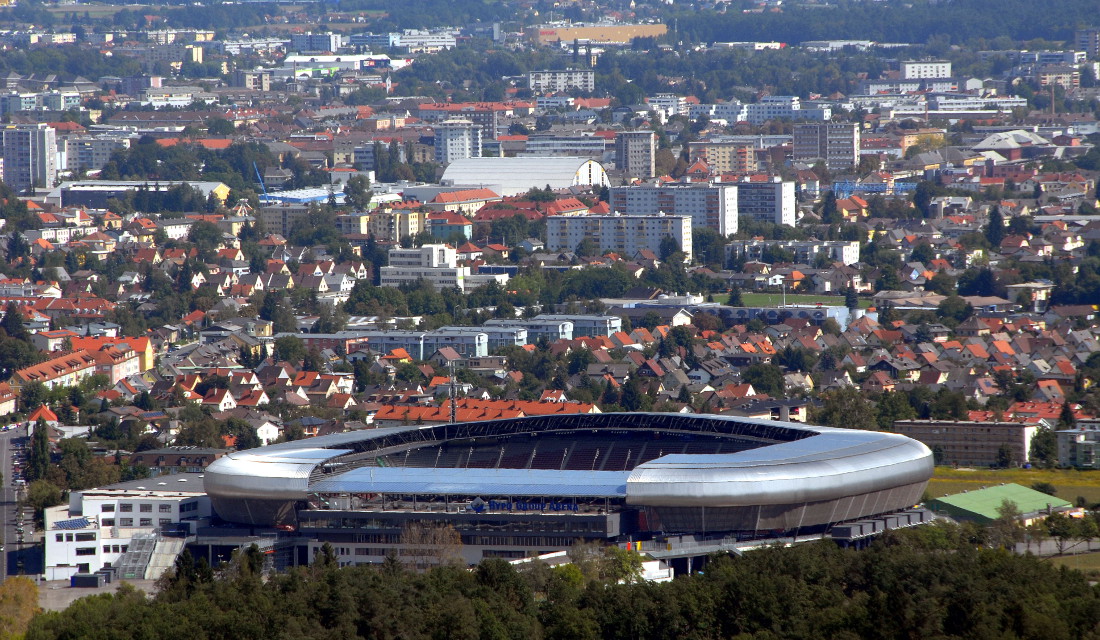 Wörthersee Stadion got built to serve as a venue at the 2008 European Championships. Construction of the stadium, built on the site of the old stadium with the same name, began in early 2006. The costs of the project were €72 million.

The stadium officially opened on 7 September 2007 with a friendly between the Austrian and Japanese national teams (0-0). During Euro 2008, Worthersee Stadion hosted three group matches.

The stadium was initially planned to be scaled back to a capacity of 12,000 after the Euros, but eventually it was decided to keep the stadium as is.

After the opening the naming rights of the stadium were sold to the Hypo Alpe Aldria banking group, resulting in the name Hypo Group Arena. However, after the bank stumbled onto financial difficulties, the deal was terminated and the name changed back to Worthersee Stadion.

The stadium is owned by the city of Klagenfurt and is the home of Austria Klagenfurt. In 2016, the upper tier was temporarily closed because of permit issues following the decision to not bring back capacity, but these were eventually solved.

Since 2014, Worthersee Stadion has been hosting the Austrian Cup finals as Ernst Happel Stadion rarely filled up to capacity.

How to get to Worthersee Stadion

Wörthersee Stadion is located in the south-west of the city of Klagenfurt, about 3.5 kilometres from its historic old town and a similar distance from the main railway station.

The stadium can be reached with bus 85. Either take the bus from the Heiligengeistplatz in the old town or from the railway station. Take the bus in the direction of Ganghofergasse and get off at stop Zaungasse or Stadion.

From the shore of the Worthersee, it takes about half an hour to you can take bus 60 to get to the stadium. Get off at stop Zaungasse.

Worthersee Stadion is located in a quiet residential neighbourhood on the edge of the city. There are a few local restaurants in the area, but eating and drinking is best done in pleasant Klagenfurt city centre or on the shore of the Worthersee.

Tickets for Austria Klagenfurt matches can be bought at the club office at the stadium or at the gates of the stadium on the day of the match.

From June to September tours run on Mondays at 3:00 pm and Fridays at 9:00 am. From October to May tours only run on Fridays at 5:00 pm. Check the official stadium website for the current schedule.