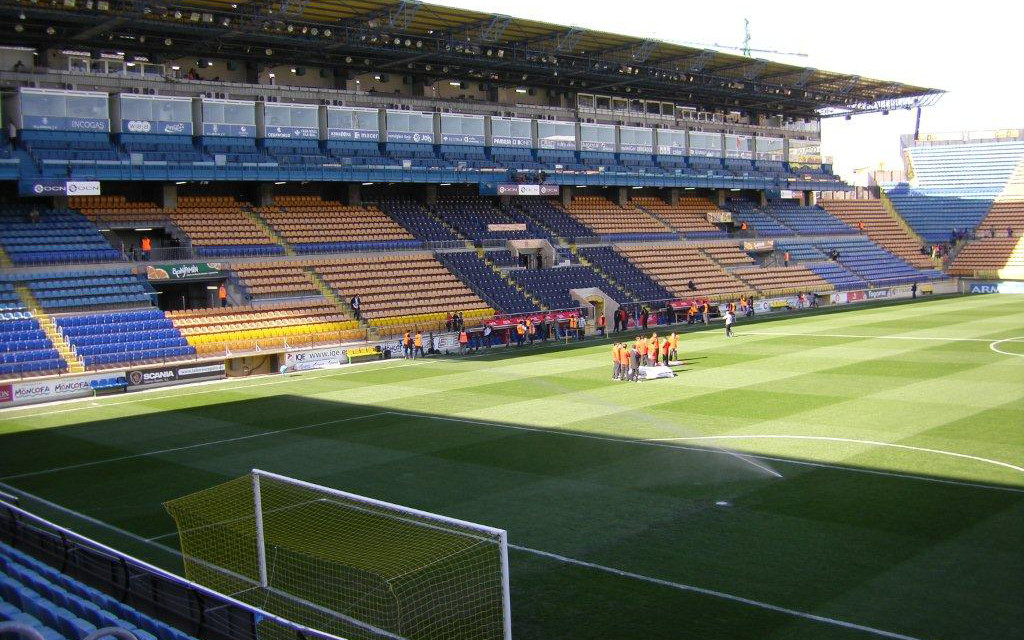 Estadio de la Ceramica, better known as El Madrigal, opened on 17 June 1923 with a match between CD Castellon and El Cervantes. The stadium was initially named Campo del Villarreal, but this soon got changed to El Madrigal.

The most important redevelopments took place in the 1990s when nearly the whole stadium was reconstructed, resulting in its current form. Works finished in the summer of 1999.

In 2016, Villarreal started works on a facelift of the stadium, including an upgrade of facilities and new outer facades. Following the completion of the new facade of the south stand in 2017, the club announced the renaming of El Madrigal to Estadio de la Ceramica, an initiative of club president Roig to promote the local ceramics industry.

How to get to Estadio de la Ceramica

Trains from Valencia take a little over an hour to arrive in Vila-real, though service is not frequent. There are also bus services from Valencia, for example by Grupo HIFE.

Estadio El Madrigal is located in a dense urban neighbourhood in the town of Villareal, which offers little in terms of sights and entertainment. Eating and drinking can best be done around the main square, the Plaça Major, which is a 10-minute walk away from the stadium.

There aren’t many hotels in Villarreal, with the basic Hostal La Masía and reasonably-rated Hotel Villarreal Palace among the few options to choose from. There is a somewhat wider selection in nearby Castellon de la Plana, though most will prefer to stay in Valencia and travel to Villarreal only to attend the match.

Click here for an overview of hotels near Estadio El Madrigal.

Tickets for Villarreal games can be bought online, by phone +34 964 524 000, at the club shop at the stadium, or at the Villarreal shop at Plaça Major 19 (the latter with larger opening times).

Tickets are also available on the gate from 1.5 hours before the start of the match. Villarreal do not generally sell out.

Villarreal have divided their home games in three pricing categories. Tickets for the matches in the cheapest category range in price from €20.00 for a seat behind the goal to €40.00 for a seat at the main stand. Prices are increased for top matches to between €60.00 and €110.00.