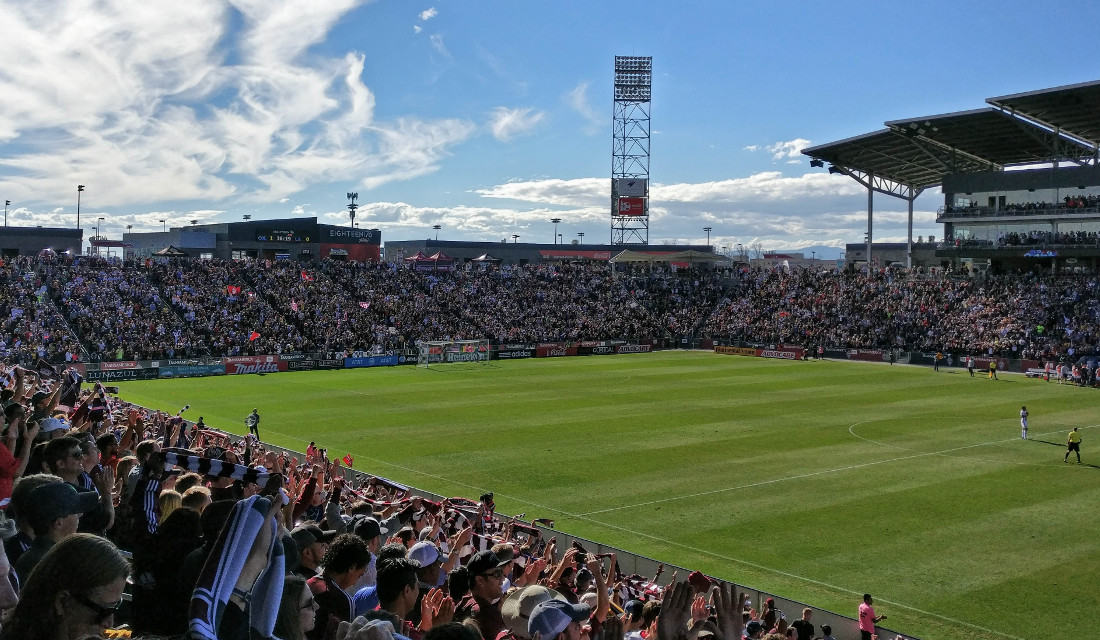 Dick’s Sporting Goods Park, also known as DSG Park, officially opened on 7 April 2007 with a league match between the Colorado Rapids and DC United. It had taken 18 months for the stadium to get built.

The complex came at a cost of $131 million, which included the stadium, a number of other sports facilities, and surrounding infrastructure.

How to get to Dick’s Sporting Goods Park

Dick’s Sporting Goods Park is located in Commerce City, a northern suburb of Denver, about 8 miles from downtown Denver.

By car, if coming from the east (I-70) or downtown Denver (I-25 connecting with the I-70), leave the I-70 at exit 278 Quebec Street. Turn north onto Quebec Street and follow for about 2 miles before  turning right onto 60th Avenue. The stadium lies shortly ahead.

Tickets for Colorado Rapids games can be bought online, by phone +1 303 727 3535, in person at the box office at the stadium, or at any of the Dick’s Sporting Goods stores in the Colorado area.